By LRU Writer | On: October 14, 2019
Briana Evigan gained fame from her role in the...was born...raised in a family of artists...stands at the height of...has garnered a whooping net worth of...her boyfriend...has kept her dating affairs...a potential husband 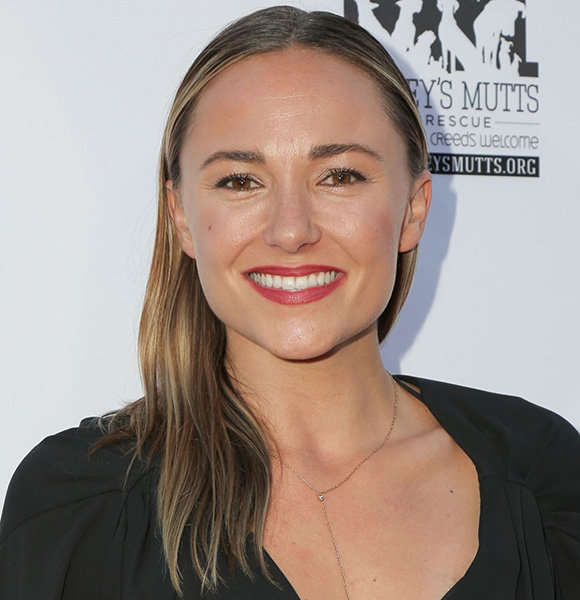 American actress Briana Evigan gained fame from her role in the Step up franchise's movie Step Up 2: The Streets. The multitalented personality's expertise extends way beyond acting. She is also a pro in fields like dancing, choreographing, singing, and songwriting.

Apart from her role in Step up, Briana is also famous as ''Scream Queen" for having appeared in many horror movies, including Mother's Day, Sorority Row, and The Devil's Carnival.

The California native of age 33 was raised in a family full of artists.

Her father is a TV actor named Greg Evigan, while her mother is a former dancer-model-actress, Pamela Serpe. She is the youngest of her parents' three children. Briana's older brother Jason is an occasional actor and the lead singer of the rock band, After Midnight Project. Similarly, her older sister Vanessa is also a well-established actress.

Briana - who stands at the height of 5 feet 5 inches (1.65 m) - boasts mixed ethnicity, consisting of Polish, Italian, and English ancestry. Further, she has a distinct husky voice that sets her apart from the rest.

Growing up in a family of artists, Brianna was passionate about dancing, acting, and music at a young age. She started dancing at the age of nine and later was trained under the famous choreographer, Shane Sparks.

At the beginning of her career, she appeared in music videos for Linkin Park, Enrique Iglesias, and played some minor roles in multiple TV shows. Her big break came in 2008 in the dance drama, Step Up 2: The Streets.

Following her big break, Briana has appeared in many movies, mainly in the horror and thriller genres.

Throughout her career, the Burning Bright actress has garnered a whopping net worth of $8 million.

Briana's career as an actor is pretty impressive, and it on the rise with each passing day. Over her career, she has earned a significant number of fans and admirers. Needless to say, people are always curious to know about her personal life.

When she first burst onto the big screen from Step Up, Briana was paired up with co-actor Robert Hoffman. The duo's on-screen chemistry was so convincing that it started the rumors of the co-actors being romantically involved.

Further, when they won the Best Kiss Award at the 2008 MTV Movie Awards, the rumors increased.

However, in 2011, Briana clarified via a tweet that she never dated Robert. Further, she introduced her boyfriend as the Footloose star, Patrick John Flueger. The couple reportedly dated for two years before finally splitting in 2013. Briana Evigan with Boyfriend Patrick John Flueger before their split in 2013 (Photo:alamy.com)

The very same year, Briana posted an old picture of a young boy and mentioned that he was her first boyfriend in 6th grade. The young boy in the photo was a New York-based photographer named Aaron Lippman, who jokingly replied that he still loved her.

You May Be Interested:- Ryan Newman Dating, Family, Net Worth

After that, Briana has kept her dating affairs extremely private. She has not even been linked with a possible love interest. With such a squeaky clean romantic life, Briana is assumably not married - which takes a potential husband out of the question. However, she could also be dating someone privately.

Until Briana herself opens up about her dating life, all fans can do is speculate.