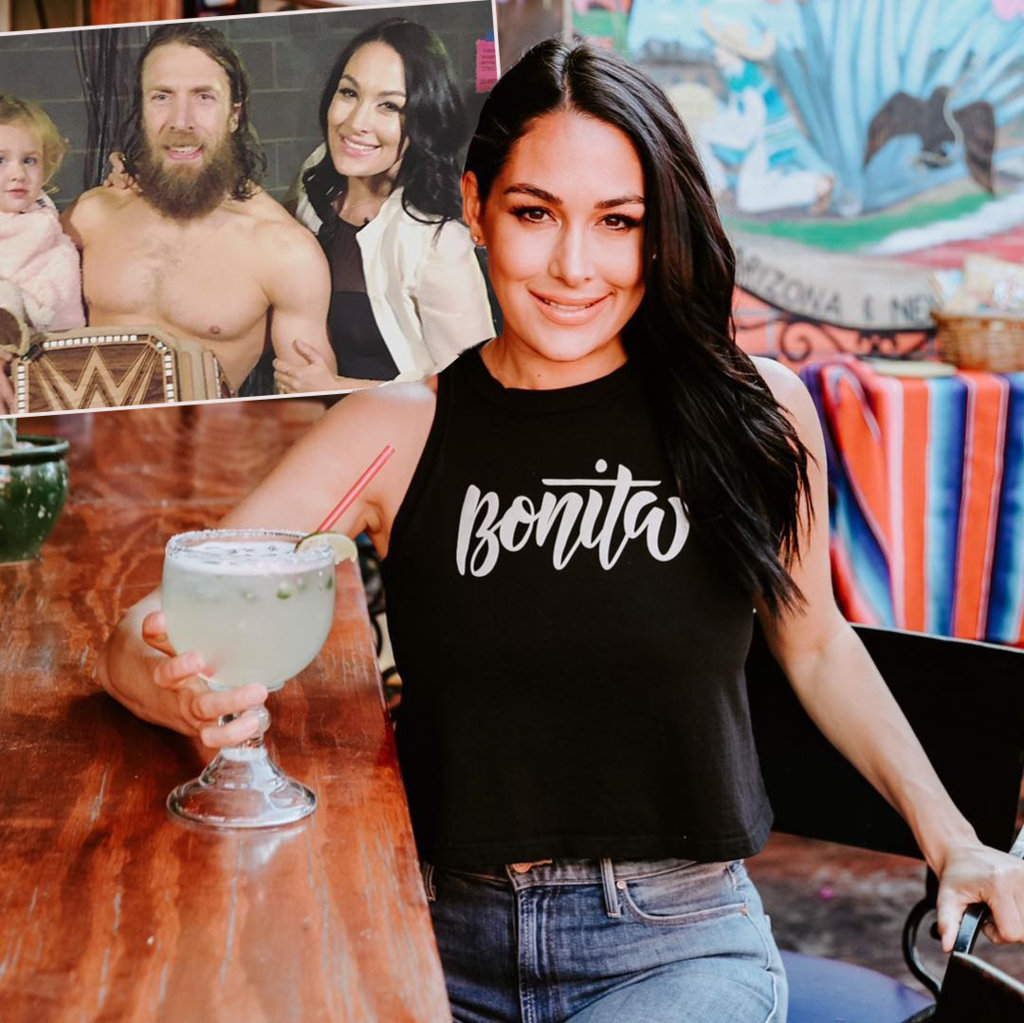 Brie Bella is a former World Wrestling Entertainment (WWE) star, who is best known as the half of twin duo- "The Bella Sisters." In her wrestling career, she established herself as one of the best female singles in Pro Wrestling.

Apart from that, she also gained huge fame from the reality TV series, Total Divas- which followed the WWE divas' personal and professional lives.

Brie Bella is expecting her second baby with her husband, Daniel Bryan.

On 29th January 2020, People reported that the WWE diva was expecting a baby alongside her twin sister, Nikki Bella. Further, the two sisters are reportedly due only a week and a half apart.

Brie, who is already a mother to a two-year-old daughter, Birdie, was trying for a second baby for quite some time.

She is more than thrilled with the news of her second baby. Brie disclosed her happiness on expecting at the same time as her sister through an Instagram post on 29th January 2020:

Never in a million years thought did I think @thenikkibella and I would be having pregnant bellies together!!! Knowing us our babies will come the same day too lol!!!

Further, Nikki has also said that it was surreal for her to experience the journey of motherhood together with her sister.

Brie's husband, Daniel Bryan, is a former WWE wrestler who has won multiple WWE Championships, including the World Heavyweight Championship, The US Championship, and WWE Tag Team Champion. He is also considered as one of the founders of the ring of Honor wrestling.

Daniel started his career, right after his high school graduation. He initially started his training at the Texas Wrestling Academy.

After achieving great success in wresting, Daniel took retirement in 2016.

According to Celebrity Net Worth, Daniel has a net worth of $8 million.

Brie and Daniel's story started with a fictional storyline in WWE. Shortly after that, the two started dating.

They eventually got married on 11th April 2014. The wedding ceremony was held at L'Auberge Resort and Spa in Sedona, Arizona.

On her big day, Brie donned a backless wedding dress with lace details, whereas her groom wore a grey suit with black pants. Brie's sister, Nikki, was the maid of honor for her the wedding.

Further, the ceremony was graced by many WWE superstars like John Cena, Cesaro, Tyson Kidd, and Jimmy Uso, to name a few.

According to Celebrity Net Worth, Brie's amazing career as a professional wrestler and media personality has rendered her a net worth of $6 million.

Brie was born as Brianna Garcia-Colace, alongside her twin sister, Nikki, on 21st November 1983 in San Diego, California, USA.

Her parents are Jon Garcia and Kathy Colace. Apart from her twin sister Nikki, she also has a brother named JJ Garcia.