By LRU Writer | On: September 30, 2018
Bruce Beck, an anchor for NBC 4 New York, is a married man. He is married to...with whom he exchanged the wedding vows back in...they have been going strong since then and are on the...year of marriage. They are also blessed with children who are all grown up now... 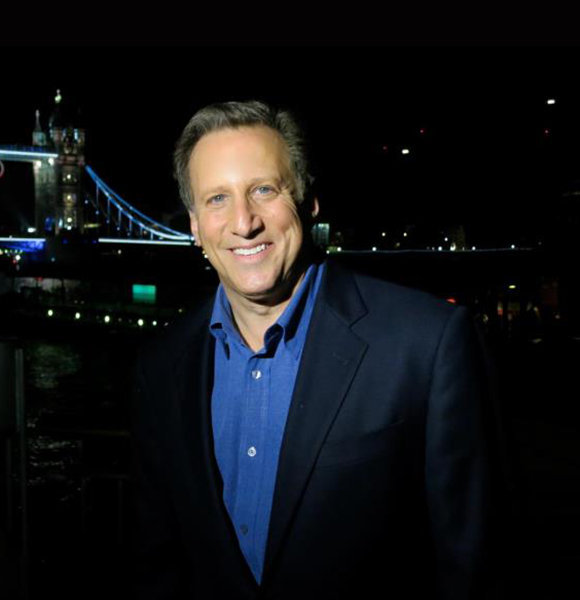 Longtime anchor for NBC 4 New York, Bruce Beck has his own success formula whether it's his full-fledged journalism career or family life.

The receiver of Jessica Savitch Award of Distinction for Excellence in Journalism has craved all sorts of glory in his journalist resume with his hard works and equally deserving awards.

While he is reaching the height of success in his career as a well-known journalist, he excels even in his family life taking his married life to almost four decades. Whatever be the role, whether that be of a husband, father or a grandfather, it just comes naturally to him.

Well, the relationship that he shared with his wife and kids is sure a family goal of every other man!

Bruce Beck, who has also been named New York State Sportscaster of the Year 8 times in his career as a journalist, shares a marriage trophy of almost four decades. He is married to Janet Beck and in 2018, the couple is marking their 38 years of togetherness.

The couple tied the wedding knot back on 8th November 1980. Even though how they met and fell in love is still a mystery, they must have a strong base of their relationship as they are still going strong with their romance.

Even today the pair shares love which is young and cherish every moment that they spend together. Their love for each other can be witnessed on Bruce's social media as he often posts pictures with his wife and family on his Instagram.

Through the posts, he appreciates his wife presence beside him through all the thick and thins since the day they first met. Well, he does not miss out on wishing his other half during valentines day and anniversaries.

Back in November 2017, Bruce, who has earned a massive net worth, posted a picture of himself with his wife on Instagram marking their 37the year of marriage. In the picture, he has his arms wrapped around his wife while he held her close to his heart. Through the caption, he revealed his love for her writing,

"Happy 37th anniversary to the love of my life; my favorite person in the world and my kindred spirit - @janetsbeck! I love you more than words can describe. Here's to another amazing 37 years!" Well, it sure seems like the bond between the two is just getting stronger over time.

While they both still cherish each other's presence in their life, they have also been blessed with two boys who are all grown up now. In the sixth year of their marriage in 1986, the couple welcomed their first baby Jonathan Beck into their lives.

Jonathan, age 32, is already married to Jordana and also shares a baby daughter Emmy with her. Well, Bruce and Janet are already grandparents to their youngest granddaughter.

Later in 1990, Bruce and Janet were blessed with their second son Mike Beck. Mike, age 28, is also a married man with his wife, Calie. The couple is expecting their first baby together. Well, the addition of Mike and Calie's baby into the family would make Bruce and Janet grandparents to their second grandchild.

You may also like: Emmanuel Hostin Wiki: Sunny Hostin's Beau, Parents To 2 | Bio & Net Worth Detail

Indeed, Bruce, who has an average salary of $87,236, sure is now blessed with a happy family even though he has already lost his big brother. Nevertheless, his family life with wife and kids sure is a family goal of every other person.