By LRU Writer | On: July 10, 2019
Veteran actor Bruce Dern reportedly owns a net worth of...married former spouse in...daughter died at the age of...family background reveals...stands at the height of... 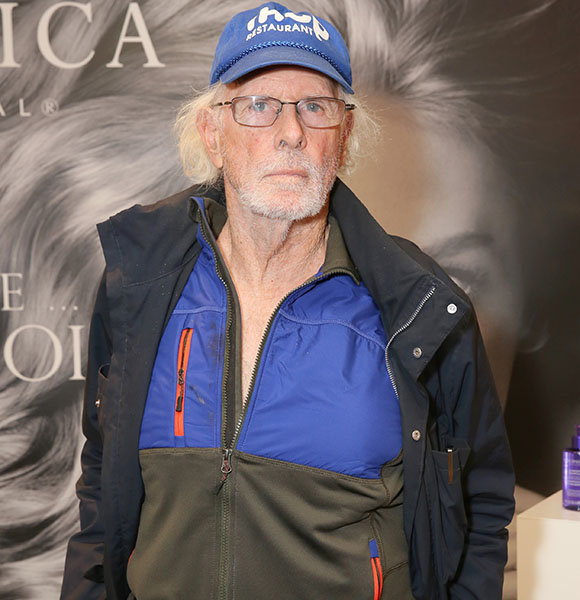 Thus, it makes sense that the fans would worry for Bruce, who's now in his 80s.

On 19th October 2018, media outlets reported that the veteran actor had suffered a hip fracture. Bruce, an avid runner, bore the health crisis during his afternoon jog around Runyon Canyon, Los Angeles. First responders rushed him to the nearby hospital.

A day after the hospitalization, doctors discharged Bruce. An insider claimed that the Hateful Eight actor was in high spirit. With the news, his fans were beyond happy that their idol was still alive.

When the stated mishap transpired, Bruce was still filming Once Upon A Time In Hollywood. The Quentin Tarantino-directed film is one of many blockbusters starring the veteran actor. Here is the movies list that he had his hands on:-

Starring in over 100+ Hollywood flicks, Bruce owns a reported net worth of $20 million. Thanks to the show-biz money, the veteran actor was able to purchase $1.125 million LA mansion in 2004.

Talking about Bruce's married life, between 1957 and 1959, he was married to Marie Dawn Pierce. He and his former spouse Marie's marriage didn't bear any children.

His second marriage to ex-wife Daine Ladd produced not one but two kids (both daughters). Bruce and Diane's firstborn Diane Dern accidentally drowned to death in May 1962. She was 18 months of age.

Undeterred, the duo welcomed their second daughter Laura Dern five years after the tragedy. But by then, their marriage was beyond repair. In 1969, Bruce and his then-spouse Diane parted ways.

More On His Daughter:- Laura Dern Looks Back At Failed Married Life With Musician Husband While aptly Taking Care Of Her Kids

Laura is a recipient of a Primetime Emmy Award and four Gloden Globe Awards. She, like her dad and mom, is a Hollywood legend. In 2010, the trio made history by being inducted on the Hollywood Walk of Fame at the same time. After Diane, Bruce found a dream spouse in his third wife, Andrea Beckett. The actor met former model/actress Andrea at the Strasberg Theatre Institute in 1969. They have been each other's side ever since.

Bruce was born in Chicago, Illinois in 1936. Discussing his family background: his father John Henry Dern was an attorney and utility chief. His mother Jean (MacLeish) probably was a homemaker. George Dern, his grandfather, held a prestigious position as President FDR's secretary.

A young Bruce joined the University of Pennsylvania to earn a Journalism degree. He later dropped out and pursued a career in acting. The sucessful actor, now aged 82, stands six feet (1.83 m) in height.