By LRU Writer | On: November 26, 2018
Judge Frank Caprio became an unlikely internet sensation in 2017 when a clip featuring him and a grieving mother whose son had died...Contrary to people's conclusion, Frank is alive and...The Caught in Providence star, age...As Frank and his wife of more than 50 years, Joyce E. Caprio near their time...rank has his immigrant family - who had instilled compassion in him - to thank for all his achievement including net worth... 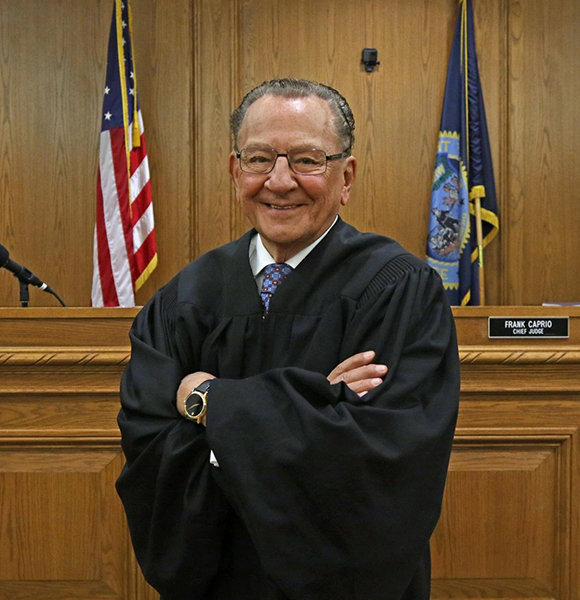 Providence Rhode Island's Chief municipal judge Frank Caprio became an unlikely internet sensation in 2017 when a clip featuring him and a grieving mother whose son had died from Caught in Providence went viral.

His unique way of delivering justice helped Caught in Providence become a nationally syndicated show, a year later. Frank has his immigrant family - who had instilled compassion in him - to thank for all his achievement including net worth.

At the time when the stated clip went viral, Frank, then age 80, and his wife had been together for almost five decades. Nearly a year and a half has passed since then; Is judge frank dead? Or Is still alive?

Dead Or Alive?; Dissecting Viral Clip Of Frank & Mother Whose Son Had Died

Given Frank's age, it's understandable that his fans would want to expect the worst (death) all the while praying for the best(alive), every time his name pops up.

So when his fan page on Facebook called for people "to pray for his beautiful," a host of people online began to suspect that their favorite judge might have died. Contrary to people's conclusion, Frank is alive and is in good health! What the public failed to take into account is the fact that the above mentioned Facebook post wasn't a health update but rather a dedication.

If Frank had died as the people had concluded, how would explain him signing a deal to make his show Caught in Providence a nationally syndicated programme in September of 2018?

Caught in Providence had been in local Rhode Island TV station for decades with little to zero recognization until a clip from the show went viral. The mentioned clip showed Frank waive $400 parking tickets charged against a grieving mother Andrea Rogers, who was still mourning her 19-year-old son's death.

In interviews that followed, Andrea relentlessly thanked Frank for "giving her a second chance."

More On Frank Caprio Including Family, Age, Wife & Net Worth

Who Andrea should have thanked is Frank's family, who raised him to become a compassionate human being.

His dad's teachings, in particular, remains influential in his life. An immigrant from Italy, Frank's father - a milkman by profession - would pay milk bills for struggling costumers even though his family lived with little to no resources of their own.

The Caught in Providence star, age 83, hopes to pass down similar principles to his five children - Frank T, David, Marissa, John & Paul - and their children's children.

Discover:- Louise Hay Died At 90! The Author Who Changed So Many Lives With Her Quotes Will Be Remembered

As Frank and his wife of more than 50 years, Joyce E. Caprio near their time on Earth, they are hopeful of leaving behind a family legacy - not just the reported 7-figure net worth - that's rooted in fair and just judicial system.