By LRU Writer | On: October 19, 2018
Calum Von Moger is an Australian actor, bodybuilder, and Youtuber. with a splendid height of... Calum reveals the secret behind his well-maintained physique to be... still a momma's boy, Calum is also involved in a long-term relationship with his girlfriend... 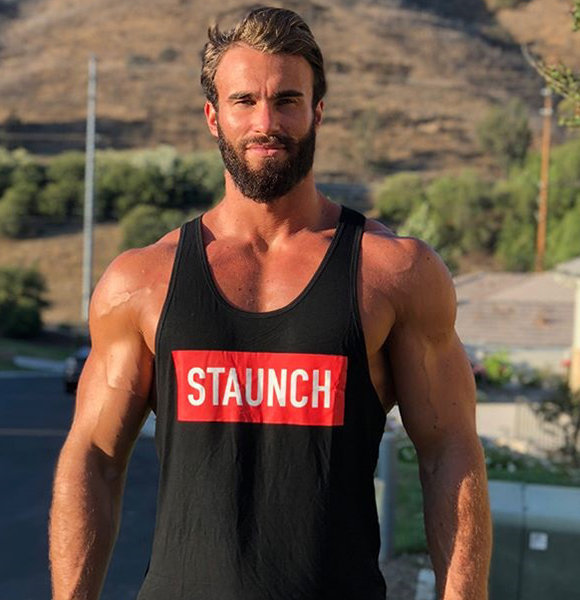 From idolizing Arnold Schwarzenegger to playing him in a movie, Calum Von Moger’s story of fame and success is nothing less than remarkable.

With three Mr. Universe titles to back it up, it would be safe to claim that Calum is one of the fittest and most attractive men of the modern generation.

Standing at the peak of his bodybuilding career, most of Calum’s attraction comes from his splendid height and body structure. However, that’s not all. The bodybuilder turned actor has a secret to success only few can implement.

Despite being one of the hottest and most demanded men in his profession, Calum still stands as a family guy with his parents always close to his heart. Furthermore, a committed boyfriend, Calum Von Moger is in the true sense, a ‘dream-guy.’

Height’s Not All, Intense Workout and Structured Diet: The Secret To Success

Idolizing the bodybuilders of the 70s, Calum prefers a well-balanced body structure, unlike the modern day bodybuilders.

With a splendid height of 6’2” and a genetics that every athlete could only dream of, Calum has had some natural advantage over his competitors.

However, despite his attractive height, there is something more that has made Calum the success he is today.

Considered by many as the modern generation’s Arnold Schwarzenegger, Calum revealed the secret to his bodybuilding process in an Instagram post on 18 May 2018.

Posting a photo of his 23-year-old body, Calum reminisced the dietary process behind his bulking days,

“I’d go downstairs to Coles and buy a roast chicken, 6 bread rolls, some lettuce, and mayo. Then smash these chick salad mayo rolls for lunch while serving customers between mouthfuls. I’d also drink 1-2 liters of milk”

He further revealed proper rest and power naps to be his secret to bulking,

“During my actual lunch break, I’d go to my car and have a 30 min nap. After work, I’d drive to the gym, sleep for another half in the car park then go in for my workout with my mates and push as much iron around as I could”

The bodybuilder also shares his complete diet structure amongst the fans in his social media accounts with an intention to help as many people as he can to achieve fitness. Alongside a well-maintained diet, the Australian bodybuilder is also involved in some heavy powerlifting to ensure that he continues to grow his muscles.

The actor, in his famous YouTube channel actively posts videos of his intense workout sessions with some tutorials for the beginners as well.

Family Man: A Guy Every Girlfriend Dreams Of

Calum, living his dream just at the age of 28, has had a sweet taste of success at a relatively early age. However, the fame and fortune haven't diverted his attention from his family.

The bodybuilder still remembers his roots and where he came from.

You May Also Like: Rich Piana Married His Wife In An Interesting Wedding Ceremony But What Exactly Had The Couple Contemplate Divorce?

On the occasion of Mother's day, Calum posted a picture alongside his mom with a heart-touching tribute to the woman who made him the man he is today. Besides his parents, the actor is also very close to his sister and brother. The star’s love for his family reflects on his social media posts.

A family man in his own way, Calum is also a perfect boyfriend to his long-term-girlfriend Karina Elle. Also, a fitness enthusiast, Calum alongside his girlfriend Karina is the relationship goals to many of the youths of today.

Hence, there shouldn't be much of an argument when Calum Von Moger is termed as a ‘perfect guy.’ With a net worth amounting to $2 million, many would be happily planning retirement. However, Calum Von Moger is just beginning his journey in what he believes is the road to greatness.