Cameron Payne Reportedly Dating, Rumored Girlfriend Pregnant, Who Is She?

By LRU Writer | On: February 10, 2019
American Basketball player, Cameron Payne is rumored to be dating the Instagram model, Aaleeyah Petty as a girlfriend...was waived from his position of point guard from Chicago Bulls...signed on a 10-day contract by the NBA's worst record holders, Cleveland Cavaliers... 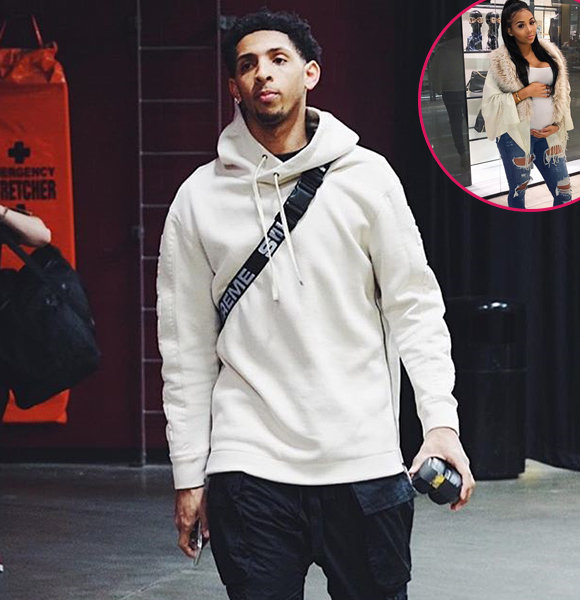 American Basketball player, Cameron Payne has been the talk of the town since being waived from his position of point guard from Chicago Bulls. Currently a restricted free agent, his poor performance was the reason behind him being let go.

Nevertheless, all is not lost for the Murray State Alum, aged 24; he can still improve his game benefitting from his role as a free agent. The Tennesse native of weight 89 kg can even bounce back and become a solid player of the NBA.

What Is Cameron's Salary? Stats & Trade

The waiver from the Chicago Bulls has taken a hit in salary. Previously earning $3,263,295 yearly as an NBA player, he sure has some adjusting to do. Now a freelancer, he was signed on a 10-day contract by the NBA's worst record holders, Cleveland Cavaliers on 28 December 2018. He received a salary of $88,531 from the contract.

All the income and earnings first started when Cameron stepped into NBA as the 14th overall pick in the 2015 draft of Oklahoma City Thunder. Before being picked up by the Thunders, he was a regular in his Murray State basketball team. Interestingly, he became a pro even before completing his college.

But the success didn't come overnight for Cameron. It was his hard-core dedication and the support of his family members plus parents that polished his abilities. On top of that, his father and his elder brother - also professional basketball players - coached him personally. Actually, it was a dream of the Payne family to enter the NBA, but as their height couldn't meet the criteria, they had only one option left - to boost the only Cameron.

And, as if the luck favored, the shortest player in the court with 5 feet 5 inches height (1.65 meters), Cameron grew up to be 6 feet and 2 inches (1.87 meters) in his senior year of high school.

After making it to the NBA, he played a season and a half with the Thunders before being traded to the Chicago Bulls. However, his stats of 5.7 points and 2.7 assists in 31 games couldn't impress anyone. Also, his game deteriorated as he underwent foot surgery in September 2017.

Ouch! Another NBA Player Hurt:- Alec Burks Injury Cost Him Stats, How Long Is Contract & Who Is Wife?

Even after recovering, he couldn't improve his stats. And, as a result, Chicago Bulls waived him goodbye after re-evaluating him in 2019.

While Cameron is struggling in his professional life, his personal life isn’t on the rocks: at least it appears so from his Instagram handle.

Allegedly, he is dating the Instagram model, Aaleeyah Petty. The rumors of their relationship surfaced after they Instagrammed picture with the same background in 2016's Christmas day.

Here is the tea! The alleged girlfriend is pregnant. Yes, you heard it right. The momma-to-be shared her latest preggo post on her famous Instagram handle on 2nd February 2019. But, it is not sure if the baby daddy is the NBA player. Also, it's confusing as the favorite Instagrammer was linked to Rich Tha Kid and was in an on/off relationship with NBA player, Quincy Miller.

NBA Player In Our Archieve:- Who Is Rodney Hood Girlfriend Turned Wife & What Is Salary? Age To Contract

For now, nothing can be said about the baby’s father at the moment. By case, if Cameron is the parent to the child, who is due in February 2019, he will probably leave no stone unturned to showcase his fatherhood.