Carissa Culiner Parenting with Husband! A Wedding that Started it All

By LRU Writer | On: October 24, 2019
The E! News correspondent, Carissa Culiner was recently blessed with the opportunity to experience the parenthood with her... Her family life has just gotten started and all thanks to the wedding that eventually brought her this far in their...took to Instagram to express her emotions of being a parent after her son recently celebrated his... 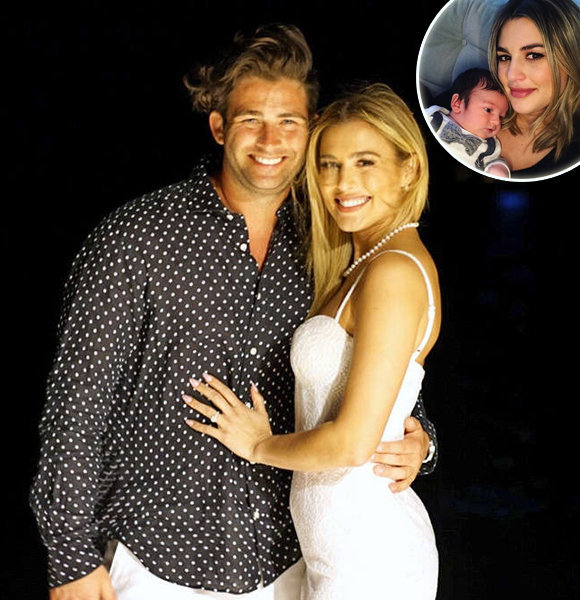 Every relationship that exists in this world has its essence. Likewise, getting married, escalating a love relationship has its distinct significance; however, experiencing parenthood with your better half usually strengthens the already efficacious bond.

The E! News correspondent, Carissa Culiner, also was recently blessed with the opportunity to experience parenthood with her husband. Her family life has just gotten started, and all thanks to the wedding that eventually brought her this far in their relationship.

Let's see through to get acquainted with the life of Carissa that seemingly is overloaded with happiness as of now!

Carissa, the E! News correspondent, got married to the love of her life, Shannon Culiner, on 3rd of June 2015. The E! News even featured an article dedicated to Carissa's wedding blog, where Carissa described thoroughly on her big day. Carissa, age 33, describes her wedding day to be just perfect,

"We did it, Shanon and I got married! I know it's cheesy and everyone says this, but our wedding day really was the best day of our lives! The whole day was just perfect."

Carissa walked down the aisle with her husband at The Islander, A Guy Harvey Outpost in Islamorada, Florida. Michael Josephs, the stepfather of Shannon, was the officiator at their wedding. Carissa was overwhelmed as the wedding was officiated by a particular person and gushed as,

"Shanon's stepfather, Michael Josephs was our officiant. He did an incredible job and it meant so much to us to have someone we love marry us. It made it personal and less nerve-wracking."

Moreover, after officially becoming husband and wife, the couple was busy taking the pictures while the guest enjoyed a cocktail hour with drinks and lived music. Carissa described that the guest appeared to have a good time.

You May Also Like: Exclusive! News Anchor Tamron Hall Decides to Exit from Today Show and MSNBC

Not only was her wedding day perfect, but the wedding reception turned out exactly how she had imagined. Carris gave away details of her reception,

"The reception was beautiful beyond belief. I was so impressed with how everything turned out! Our wedding planner, Liz Seligman with Island Life Events, did a terrific job bringing together the theme of romantic, beachside elegance. Pink linens covered the tables, all of the centerpieces contained gorgeous white, pink and green flowers and each table had a different kind of arrangement. I loved the variety. The wooden chairs and hanging overhead lighting added extra charm to the whole setting. It was exactly what I had envisioned!" 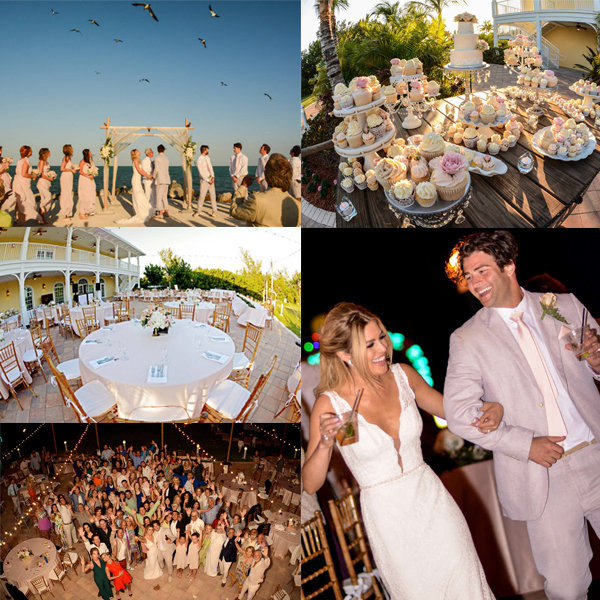 A glimpse of Carissa's wedding and her reception day. (Photo: liverampup.com)

The couple's smile at their wedding snap says it all about the happiness they shared in escalating their relationship. And their love wasn't only limited to their wedding day. Past their second anniversary in March, Carissa took to Instagram to wish her husband a happy wedding anniversary with a charming and romantic message.

"Happy Anniversary Boo! Wish you didn't have the flu so I could smother you with kisses! Real life is sleeping in the nursery on your anniversary night bc you can't both be sick."

With the couple going strong two years down the line, they look all set for happily ever after in each other's company.

Parents To Their Baby Son

The happiness of marriage didn't stop for the two anytime soon as on 30 November 2017; they welcomed their bundle of joy, their son, Chase Culiner, to this world.

Ever since the birth of her baby, Carissa has been extraordinarily active on her social media, expressing her love and affection towards her new-born baby. With every passing month a landmark, Carissa hasn't missed a single opportunity to flaunt her son.

Have A Look: Catt Sadler Shows Amiable Feeling Towards Her Past Married Life; Will She Look After Kids Or Pass The Responsibility?

She took to Instagram to express her emotions of being a parent after her son recently celebrated his first birthday. Ecstatic that her son is now one year of age, Carissa couldn't help but express her love towards her son through a heartfelt caption. "My baby boy is ONE! So crazy. He had his best day ever with a shark-themed party. Thanks to everyone who came. Today was so special. Happy Birthday, Chasey! We love you more than you'll ever know!"

Additionally, Carrisa might as well take lessons on parenting her child from her parents, who raised her to be a successful woman that she is today. A beautiful bond that turned into marriage and indeed brought the joy of parenthood in their life!

However, the joy of parenthood was back again for the lovely couple. The Daily Pop co-host and E! News correspondent revealed out being pregnant with a  second child when she announced the news on her daily show on 22 October 2019.

Relaying the big news, the host played a video of her son saying he was going to be a big brother very soon. Carissa gifted a book titled I Am A Big Brother to her son and recorded the clip as a souvenir. Further talking about the pregnancy, she recalled wanting a second child for a very long time.

Though she was unsure of the gender of the child, she informed being 13 weeks pregnant, and the baby was to arrive due in April 2019. Now, she as excited as ever to nurture a second child with her hubby.