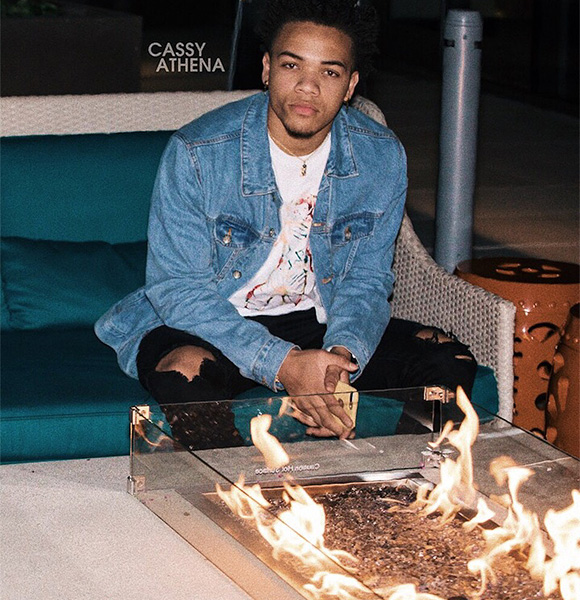 With some quick movements and extraordinary ball-handling skills, Carsen Edwards is a man worthy of watching.

A fresher in the NBA but, a veteran in the NCAA, Carsen is an extraordinary scoring guard, who despite his average height has proved his worth as a majestic player.

Learn all his info on bio, height, family, age, dating, girlfriend, and so on!

A native of Atascocita, Houston, Texas, Carsen Edwards is the son of parents James Edwards and Carla Edwards. He was born on 12 March 1998 and has three other siblings; brother Jai and sisters Madison and Aspen.

With a family where his dad worked in the insurance scene, and his mom served as an old school disciplinarian, his upbringing was very proper. From general humility and respect, every aspect of manner was instilled to him from his parents.

He began his early education at the prestigious Atascocita High School.

Then, it was in high school where his innate talent for the game truly flourished. Under the guidance of his high school coach Martinez, the 6 feet (1.83 m) tall Carsen truly acquired his reputed status. Carsen Edwards with mother Carla Edwards during one of his high school games (Photo:- purdue.rivals.com)

Initially competitive player by nature, Carsen struggled during his early years. He was quite anxious to get on the court. However, with the support and guidance from his parents and coach, he soon began to gather the attention in college premises.

Having had plenty of playing experience in his high school and college years, he was qualified to join in the NCAA tournament.

His stats in his first season was beyond impressive. Averaging 34.8 points a game, he also had a 45.9 percent three-pointers and a fantastic attempt of 15.3 per game during the tournament

Though his skill and charming look are more than enough to woo any girl, Carsen is not dating anyone at the moment.

To date, there has been no appearance of a girlfriend in his life. Back in 2014, he did share some funny posts on his twitter handle about wanting a girlfriend, but it's been too long since then.

At the age of 21, the Purdue scoring guard signed a 4-year contract with the Boston Celtics. The deal is set until 2023.