By LRU Writer | On: July 22, 2019
Casey Deidrick embodies the word multi-talented...But, Casey and his ex-girlfriend performed their part with thorough professionalism and didn’t let their past relationship come in between their work...Thus, questions about the status of his relationship and well as the speculations about his gay sexuality are on the rise... 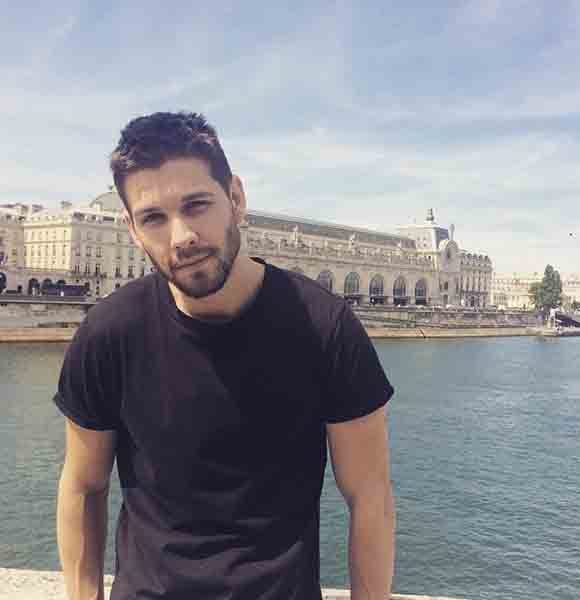 Casey Deidrick embodies the word multi-talented. Before making a splash in Hollywood as Chad DiMera in Days of Our Lives, he was a talented skateboarder and had even participated in the 2004 Vans World Amateur Competition.

Also, he dabbled in music and worked as the lead singer for the metal band, A Dreadful Fall.

Casey became a heartthrob of girls and gay men alike in 2009 when he graced the screen in the soap opera, Days of Our Lives. Since then, his dating life has been a significant matter of concern.

Well, the TV star made headlines when he got linked to his Days of Our Lives co-star Molly Burnett, who played the role of Melanie Jonas, in 2009. However, their on-set romance couldn’t last, and they parted ways a year after.

More About Casey's Breakup:- Beautiful Actress Molly Burnett: Split With Her Actor Boyfriend, Is She Dating Anyone?

Interestingly, the ex-lovers’ characters fell in love on-screen in 2012. But, Casey and his ex-girlfriend performed their parts as thorough professionals. They didn’t let their past relationship come in between their work.

Then, the actor-singer moved on with a girl named Jahan Yousaf in 2013. He was pretty vocal about his relationship and kept posting adorable pictures with his girlfriend on Instagram. However, the Eye Candy star stopped posting pictures of his love in 2017. Thus, the actor's abrupt flaunting of his relationship has raised questions about his dating status. Also, the speculations about his gay sexuality are on the rise, which may or may not be accurate.

Where Is Casey Now? Net Worth

Many aren’t aware that Casey’s first acting was in the reboot of 90210. After guest-starring in the iconic show, he got to be a part of Wizards of Waverly Place.

Then, he gave four years of his life to Days of Our Lives, which became the actor’s most memorable role. However, the hunk of height 6 feet 3½ inches (1.92 m) wanted to explore more in the acting genre.

Thus, he joined the cast of The CW's 2019 series, In The Dark. He portrays the role of Max, a truck driver, and the romantic interest of Murphy.

Besides his latest offering, Casey has been a part of several TV shows namely A Midsummer Nightmare, Everybody Hates Chris, Revolution, Glee, and Body of Proof. With his glowing resume, the actor earns a salary of an average of $59,565 per year, which adds to his growing net worth.

Till date, Casy has enjoyed a flourishing career in the TV industry; maybe he will experiment in movies next.

The 32-year-old star was born on 25 April 1987. He grew up in two homes as his parents separated while he was young. Despite their divorce, Casey’s parents were a team in the matter of the actor’s future and well being. They encouraged the soap opera star to follow his heart, in terms of his career.

It was Casey’s mother who convinced him to go to AMTC Convention, which eventually landed him modeling and acting opportunities. The convention visit ultimately defined his career path.