By LRU Writer | On: January 23, 2020
Cheyenne Woods is one of the best female golf players in the world...her age is...her parents are Earl Woods Jr. and Susan Woods...comes from a family having golfing background...her ethnicity is African-American...has American nationality...stands at a height of 5 feet 9 inches or... 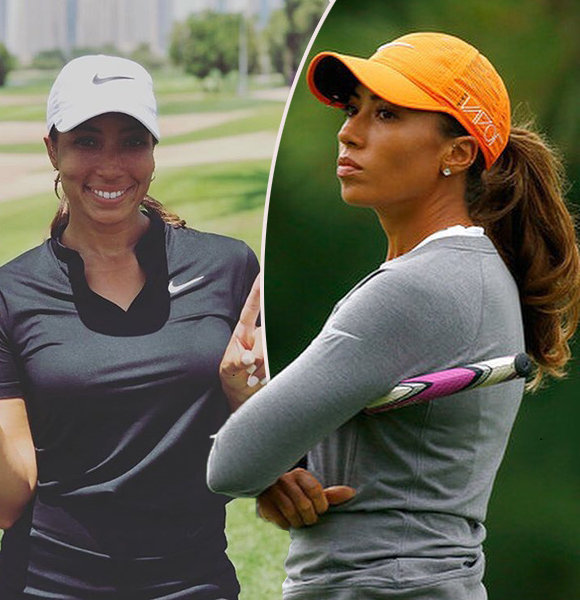 Professional golfer Cheyenne Woods comes from a family of great golfers. She is the niece of Tiger Woods.

During her collegiate and amateur golfing career, she was a two-time High School State Champion in Arizona, Two-time All-American champion and three-time All-ACC Member. She also was the 2009 Ryan National Champion and Atlantic Coast Conference (ACC) Team champion in consecutive years in 2009 and 2010.

After turning pro in 2012, Cheyenne won the 2014 Volvik RACV Ladies Masters and has competed in various other championships such as LPGA Evian Masters, Ladies European Tour, and Australian Ladies Masters.

Cheyenne has a rich golfing heritage. She is the granddaughter of Earl Woods Sr., a legendary golf player, and Barara Gary. Earl Sr. passed away in 2006 after losing the battle against prostate cancer. She also has a step-grandmother, Kultida Woods (nee Punsawad).

She is the daughter of Earl Dennison Woods Jr. (or Earl Woods Jr. for short) and Susan Woods. Her parents are divorced. Tiger Woods (full name - Eldrick Tont Woods) is undoubtedly the most famous member of the Woods family. He is a legendary golfer, having a record win of 82 career PGA Tour wins; a record which he shares with Sam Snead.

Cheyenne has earned a total of $315,458 during her career as a professional golf player, according to her bio on the LPGA’s official site.

More On Her Career:- Cheyenne Woods Is The Most Successful And Sexy Lady In Golf World