By LRU Writer | On: January 13, 2020
Chris Galya is an actor, voice actor and model all in one...He was born to...and his brother Vinny is...The actor is currently dating girlfriend...She is the CEO of...The pair started going out in...Chris stands at a height of...and his ethnicity is...He celebrates his birthday on... 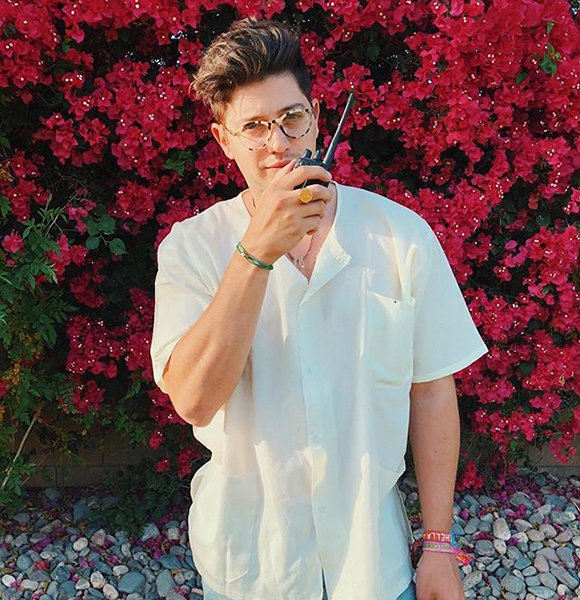 Later, he portrayed Hunter Lee on the series Acting Dead (2014), for which he won an Indie Series Award in the Best Supporting Actor (Comedy) category in 2015.

Chris is in a relationship with Heather Catania. The two were good friends before they officially began dating in 2012.

Who Is Heather Catania?

Heather is the CEO of The Influence clothing line. She was the former Nylon Magazine editor and worked as a social media manager and digital strategist.

In 2005, she began to work as a fashion brand consultant for notable companies, including Google, Nordstrom, Levi's, Samsung, and more. Heather has also worked with magazines such as Harper's Bazaar, Elle, and Rolling Stone.

The actor was born as Christopher Raymond Galya on 23 August 1987 in The Bronx, New York.

His family members include his parents: John Galya and Denise Galya and his brother Vinny Galya who currently work as a physical education teacher at the elementary level. Through camps and clinics, Vinny has worked with children of all ages for 10+ years. Upon graduating from Kean University in 2012, he started personal, sport-specific, and group training at several facilities and on his own.

Further, his expertise attends to the developmental skills and fundamentals of physical movement and baseball.