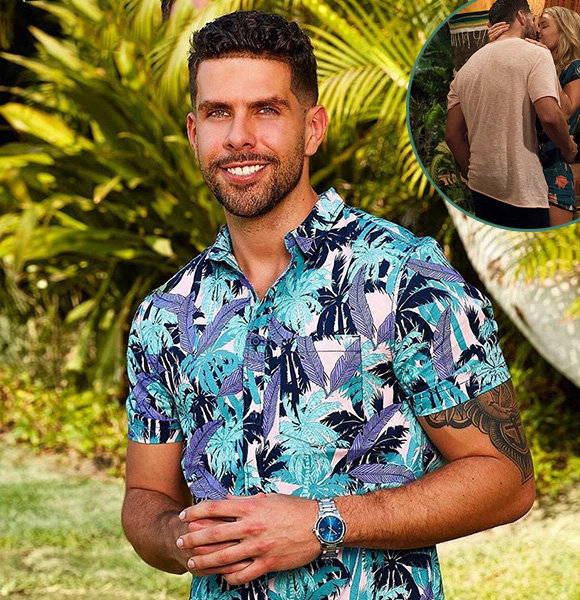 American Reality TV star, Chris Randone had his first brush with fame as a contestant on The Bachelorette in 2014.

Chris was not able to win the Bachelorette Andi Dorfman's heart in the show, But, he later gained huge fame when he came as a contestant in season 5 of Bachelor in Paradise in 2018.

Read on to know more about Chris and Krystal's story and their journey in Bachelor in Paradise.

Chris Randone and Krystal Nielson have ended their two years of relationship. The estranged couple announced their separation on Valentine's day of 2020.

The former Bachelor In Paradise couple announced their split by sharing an exclusive statement with Bachelor Nation that read:

It hurts to announce that at this moment, we have mutually decided to separate. Never did we imagine this scenario, but we’ve come to a point where we both need to work on ourselves.

In the same statement, the duo also appreciated their fans for their support and further asked everyone to respect their privacy.

How They Met, Engagement & Wedding Details

Chris and Krystal first met in the reality show, Bachelor In Paradise, where the rejected contestants from other Branchelor franchises compete in an isolated romantic destination.

Their first meeting, first date, first kiss, were all documented in the episodes of the Bachelor in Paradise.

They got engaged in 2018 when the Bachelor in Paradise' s Season 5 came to an end. Later in May 2019, they even threw an engagement party for their close friends and family.

The engagement party was reportedly so grand that many of the guests believed it to be a surprise wedding. The misunderstanding was actually because of the outfits that the newly engaged couple donned.

For the engagement party, Krystal wore a stunning white dress, while Chris donned a dapper suit. Chris Randone and Krystal Nielson on their Engagement party in May 2019 (Photo: eonline.com)

Following the grand engagement, the couple finally tied the knot on 16th June in an intimate ceremony officiated by their close friend and The Bachelor's host Chris Harrison at the Vidanta Hotel in Puerto Vallarta.

Some Facts Including His Age, Birthday