By LRU Writer | On: September 15, 2019
American actor Chris Warren is no stranger to pop culture fans. Chris is well-known in the pop culture phenomenon for his role as Zeke Baylor in the High School Musical film franchise. Marital status changed from single to married following his marriage to... Chris may have been fortunate with his love-life, but that does not seem to be the case regarding his family life. 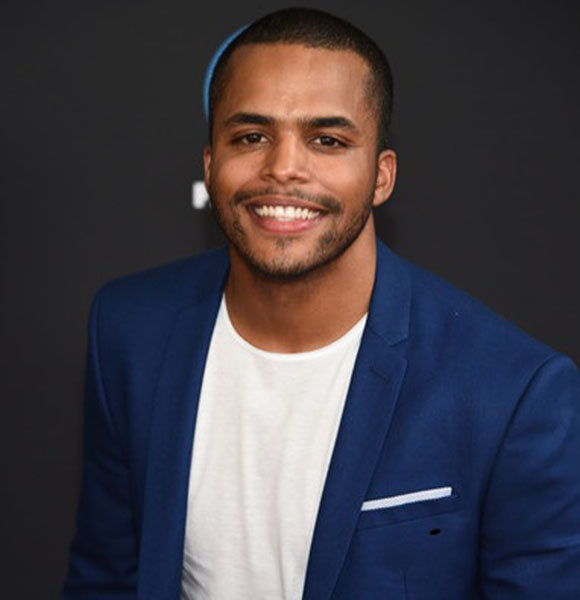 American actor Chris Warren has been around in Hollywood for quite some time. He started his career at the age of 10 starring in Love and Basketball.

Chris gained massive recognition for his portrayal of  Zeke Baylor in the pop culture phenomenon High School Musical film franchise. He also has significant roles in The Fosters and Alvin and the Chipmunks: The Squeakquel.

Read on to know more about Chris Warren’s marital status, family, and net worth.

Chris was born on 15 January 1990 in Indianapolis, Indiana. His mother is actress Brook Kerr, and his father is Christopher Warren Sr. Brook admittedly gave birth to Chris when she was just 16.

The young and handsome actor possesses African-American ethnicity from both his parents. Further, the High School Musical actor boasts an astounding height of 6 feet (1.82 m) along with an impressive physique.

The 29-year-old, Chris also has one half-brother from his father, who is named Christopher.

On 23rd May 2019, Chris broke the heart of his fans as he changed his status from single to married. The Bold and Beautiful actor tied the knot with actress and producer girlfriend-cum-fiancee Layla Rumi. The couple got married after dating for a few months. Although not much is known about how the couple met; the newlywed duo does not shy away from showing off their happiness in social media. On top of that, Chris's new wife has already taken his last name and changed her name to Layla Warren.

The wedding is the first for Chris whereas it's the second for Layla. She was previously married to American DJ Steve Covino. With him, she has a ten years old daughter named Melody Rain Covino.

Chris may have been fortunate with his love-life, but that does not seem to be the case regarding his family life. Initially, Chris had a typical family and a normal childhood, but things went south in his late teens; his parents got into a messy divorce battle.

He got estranged with both his parents, after their separation. From then on, the family’s relationship became a rocky ride.

In 2011, Chris even filed a lawsuit against both his parents accusing them of stealing hundreds of thousands of dollars of his child acting money.

According to the lawsuit, Chris paid into the trust that his parents established for him to save the money he made as a minor for years. But, when he decided to make a withdrawal as a 21-year-old, his parents refused to grant him access. His parents later admitted that they had spent his money on their expenses.

Chris Warren is a well-established actor who started his career at a very young age. So, it’s justified to assume that he has garnered a decent sum from his acting jobs. On top of that, his net worth is likely to increase as the young actor has many projects underway.

At the end of 2019, he will be seen portraying the role of Jason Parker in the much-awaited ABC series, Grand Hotel.