By LRU Writer | On: September 12, 2019
Matt Prokop seems to have moved on since he is dating girlfriend...that the artist had secretly engaged her...is also the only son in the family...As of now, he appears cheerful and gay, content with his love... 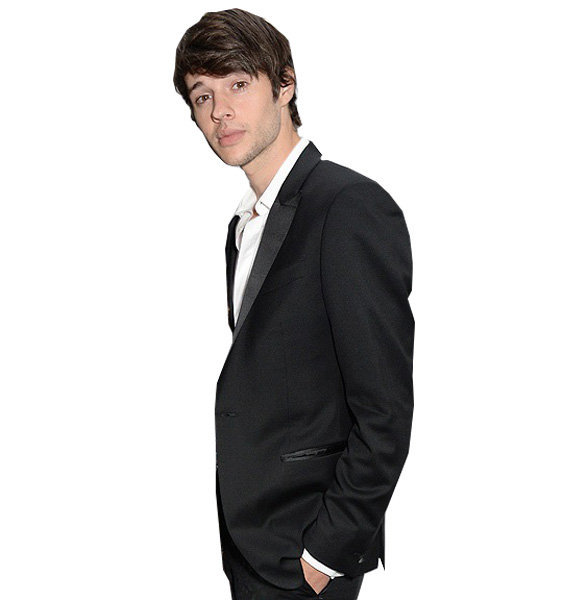 It's always hard to move on after facing failure in a long-lasting relationship.

American actor Matt Prokop has gone through similar circumstances in his dating life.

It turns out, went through this phase. Mostly notable for his performance in the 2008 film High School Musical 3: Senior Year, the performer with a net worth of $500 thousand has had a love life filled with ups and downs.

However, he managed to progress his personal life, making sure not to repeat his past mistakes. So, let's go through his journey from his shenanigans to finding true love!

Matt was previously in a relationship with TV actress Sarah Hyland. The two shared quite a history as they appeared in few projects together including Disney's movie Charming and the hit High School Musical 3. Interestingly, the two had first met while auditioning for a role in High School Musical in 2008.

The actor soon took Sarah to date at Mexican restaurant Casa Vega in LA, and the two instantly developed a liking for one another. Later, the couple moved in and stayed in a living together relationship. While the pair dated, there were even rumors that the artist had secretly gotten engaged to her. But, his girlfriend immediately put a stop to the stories citing,

"...any of that( engagement claims)—is all false. It's all fictitious."

Unfortunately, differences started to arise between the pair, and they broke up in 2014. But, it didn't stop at this. Although Sarah's spokesperson claimed the two were in good terms, Matt reportedly threatened his ex-partner several times and even assaulted her.

Due to all these, the Vampire Academy star asked for a restraining order fearing for her life, and it was eventually granted.

Who Is Matt Prokop Dating Now?

Judging by his recent whereabouts, the actor seems to have moved on as he is dating girlfriend Kristen Turek for quite a while. Matt hasn't yet revealed much information on his partner. But, through his pictures on Instagram, it's evident that the two are well affiliated with hit singer, Ed Sheeran.

The Geek Charming star and his girlfriend were also spotted with the singer in his 2018 Divide Tour. The two were first seen dating in August 2017; however, the trigger of their relationship remains under wraps. Likewise, the High School Musical actor has taken on the responsibility to look after his girlfriend's young daughter from a previous relationship. So, there is a probability that Kristen was married before. As of now, he appears cheerful and content with his love life, cleared of all gay allegations.

Matt's age is 29 as per his official birthdate on 29th July 1990. He was born and raised in Victoria, Texas by his mother Debby Terry Prokop and father, Tony Prokop.

The charming artist is also the only son in the family. However, he has a sister named Stephanie Prokop.

Talking about his body features, along with a gorgeous eye and handsome countenance, he boasts an above-average height of 5' feet & 11 inches (1.8 meters).