By LRU Writer | On: July 24, 2019
Chrissy Teigen is a...was born in...from a mixed...surprised the love...the ceremony to be...welcomed their first...strong and affectionate...estimated net worth of...Together the couple ...each other at their... 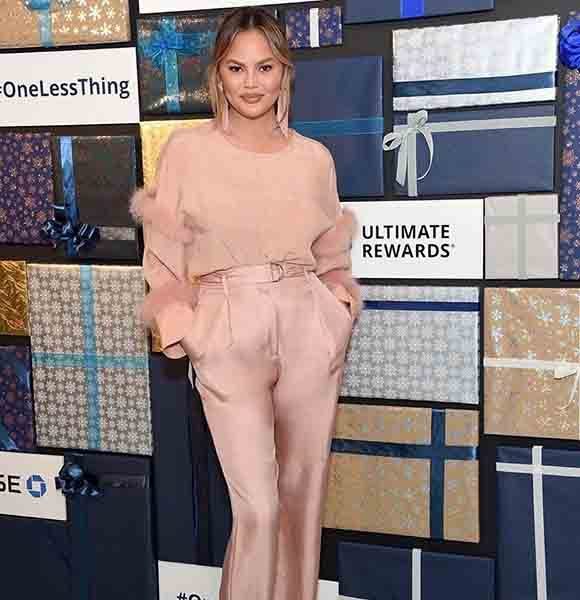 Mostly known to the world as the gorgeous and beautiful wife of John Legend, Chrissy Teigen is a model by profession. With a fine-tuned body, she has worked in the fashion and entertainment industry for a while now.

Initially a swimsuit model, she has since come a long way. Chrissy's most notable achievements include her commentary on the hit show Lip Sync Battle and the 2015 Billboard Music Awards along with appearances on other many TV series and music videos.

Chrissy was born in Delta, Utah on 30 November 1985. Although she is an American by nationality, she possesses a mixed ethnicity consisting of German, Norweigan, and Thai heritage.

While her mother, Pepper Teigen is of Thai ancestry, Chrissy's remaining genes come from her father, Ron Teigan.

Her parents and grandparents also come from a mixed heritage, which makes it very difficult to identify Chrissy's roots. The model considers herself as Asian-American but identifies herself more to the Thai side of the ethnicity dispute.

Since Thai culture differs from the standard American practices, she was initially confused about her heritage. But, as the years passed, she grew up cherishing her nationality.

Many are aware of Chrissy's career, but only a few know about her romantic history with husband John Legend.

The partners first met during the production of John's infamous 2007 music video, Stereo. After John fell head over heels for her, they began dating each other eventually.

Four years later, John surprised the love of his life with a fairy tale proposal in the Maldives in Christmas 2011. He presented her with a beautiful cushion-cut engagement ring.

The fateful day when Chrissy called John as her husband came on 14 September 2013 as the pair tied the knot in Italy. The nuptials took place at the Villa Pizzo. The reason for the ceremony held so far was the husband and wife duo fell in love while on vacation there. Chrissy and John welcomed their first child, a daughter named Luna Stephens on 14 April 2016, while thier son Miles Theodore Stephen was born on 16 May 2018.

The couple celebrated their fifth anniversary in 2018 and will be enjoying many such occasions in the future. Chrissy and John have remained a healthy and affectionate couple in the celebrity world to date.

Reportedly, Chrissy has a net worth of $26 million. While the amount she was able to garner from her career is a lot, she also enjoys a luxurious lifestyle with husband John. His music career has been succesful enough to amass a fortune of $45 million as well.

On A Musical Career Path:- Liam Hemsworth & Miley Cyrus Are Married! A Wedding Over Christmas

Together the couple owns homes at Beverly Hills and also New York City. Whenever they are free, both Chrissy and her husband enjoy the company of their children and each other.