By LRU Writer | On: June 07, 2019
The name Kenan Thompson needs no introduction... His wife Christina Evangeline, on the other hand, is a different story... Stroll through her wiki to get an exclusive scoop into her life... 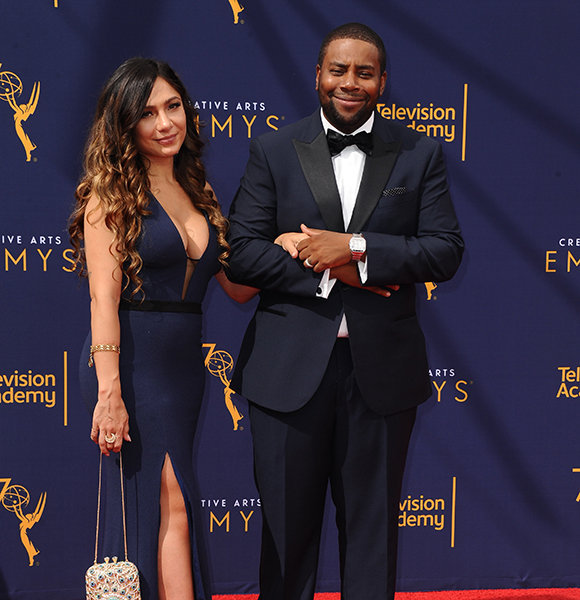 The name Kenan Thompson needs no introduction. A staple among the US household, he grew into prominence as the star of the 90s sitcom Kenan & Kale and got thrust further into the spotlight as the longest running cast member on widely-celebrated variety show Saturday Night Live.

His wife Christina Evangeline, on the other hand, is a different story. Although she may not garner the level of popularity among the public as her husband does, her life is every bit interesting.

Stroll through her wiki to get an exclusive scoop into her life!

Christina was born in the year 1984. An Aries by birth sign, the 30-year-old celebrates her birthday on 24th of March every calendar year.

Despite being in the limelight for a decade now, she is yet to reveal pertinent information about her childhood - or schooling, for that matter. If only, some eager fan would create a Wikipedia page on her!

Considering her philanthropic ways, one wouldn't be entirely wrong to assume that her biological parents raised her and her younger sister Rem right. She and her only known family member Rem were born a year apart.

The 11 years age difference made very little difference when Christina began dating her husband, Kenan. In November 2017, they shared the wedding vows in front of friends and family.

Married in Atlanta, Georgia, the duo's wedding reception was a grand affair. TV personality Nick Cannon was the designated MC at the event held in the impressive Georgia Aquarium.

On the big day, Christina donned a stunningly beautiful white gown with a long trail. Parents to two adorable children now, she & her husband Kenan welcomed their firstborn Georgia in June 2014. Four years later, the couple added a new member in their family, they had their second daughter named Gianna.

Making the full use of her God-given natural beauty, Christina once led a prospering career in modeling. Although never confirmed by her, there are also rumors which suggest that she worked as a professional escort in the past.

Today though, the gorgeous brunette holds the job of a wellness advisor. When not busy amassing net worth, she works for the common good, extending helping hands to charities including Save the Children Federation, My Stuff Bags Foundation, and American Refugee Committee.

As a founder of non-profit Evermore, Christina aids people reconnect with their family. It is clear that accumulating wealth doesn't top her priority list. Perpahs, her husband $11 million net worth is all the financial cushion she needs.