By LRU Writer | On: May 27, 2021
Best known for her role as...actress Cindy Sampson is one of the...tied the knot with a fellow Canadian... had been dating since...share a very strong bond together...was born to parents...also had a younger brother, who unfortunately died...tarted her career at a very young age...has appeared in movies and TV shows like... 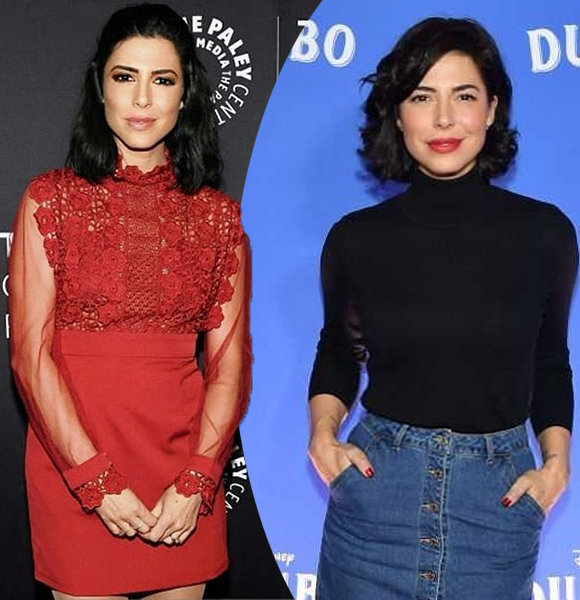 Canadian actress Cindy Sampson has been relishing a blissful married life since 2016. The couple started dating in 2014 and eventually got engaged in 2015.

Sampson got married to her husband, Ryan Wickel, a Canadian decorator and renovator, on 7th July 2016. As for the wedding, the couple eloped and got married in Las Vegas.

The actress is very open about her relationship with her husband and continuously posts about him on social media.

On February 18, 2020, Cindy took to Instagram and posted their wedding throwback picture with the caption-

Six years ago today we went on our first date...been laughing (at him) ever since

Further, Cindy and Ryan do not have kids yet, but they do have a dog- Whistler, who Sampson often shares pictures of on her Instagram.

On January 10, 2021, Sampson posted a picture with her husband holding their dog, and the caption read-

Puppy got big or husband got small? #sheepadoodle #7monthsold #marieyoureintrouble

Cindy Marie Sampson, aka Cindy Sampson, was born on 27th May 1978 in Nova Scotia, Canada, to Glenn Sampson and Janice Sampson. She stands at the height of 5 feet 7 inches (1.70m). Her parents are divorced now, and her father is married to another woman named Donna. However, Cindy is still close to her parents and even her stepmother.

Also Interesting:- Is Jennie Jacques Dating? Everything On Boyfriend, Family

Apart from her parents, Cindy's family includes a younger brother, who unfortunately died at 25 in 2005. In his memory, Cindy got his signature tattoed on her wrist.

Cindy started her career at a very young age. Her first on-screen appearance was in the Canadian TV series Street Cents at the age of eleven. She gained massive fame from her role, but she chose to focus on her education at that time.

Later, she stepped back into acting after attending the Randolph Academy of the Performing Arts. She started from the bottom, doing minor roles in movies and TV shows.