By LRU Writer | On: July 25, 2019
Clayton Cardenas is an Ameican...new face in Hollywood...rose to fame in 2018 as a cast of the spin-off of...Since his appearance on the show as...Within a short period, Clayton has managed to...kept the details of his personal life 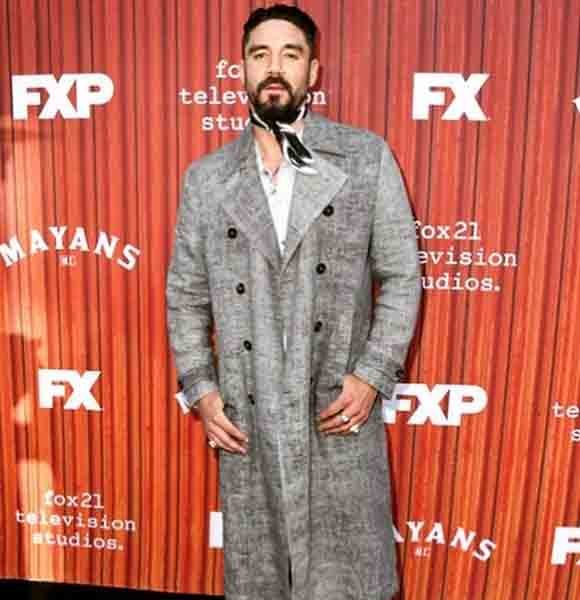 American actor Clayton Cardenas is a new face in Hollywood. He rose to fame in 2018 as a cast of the spin-off of FX TV’s drama Sons Of Anarchy, titled Mayans M.C.

Since his appearance on the show as Angel Reyes, the actor has pushed his career further. The actor has also made appearances in many other shows like Snowfall as Felix Hermano and SWAT as Lucero. In 2019, Clayton appeared on the screen as Ray Costa on the hit TV show, FBI.

Within a short period, Clayton has managed to make the most of his career. And, there is no doubt that with his talent and skills in acting, the actor will contribute more to the entertainment industry.

Along with a prosperous career, the actor has also been blessed in his family life. He was born into a loving family of four. He has a sister named Janae.

Clayton was born in West Covina - a small city in the state of California - making him an American by nationality. His date of birth is listed as 24th of November 1985, which makes his birth sign Sagittarius.

Regarding his family background, Clayton’s mother is a Filipino-Mexican from her roots. The FBI actor’s maternal grandparents were Filipino (grandfather) and Mexican (grandmother). Hence, the actor is a Hispanic-American by ethnicity. Even at the age of 33, the actor is very close to his father and mother. Clayton manages to make time for his parents despite his busy schedule. On the 4th of June 2019, he shared a photo of himself and his father out on a dinner date on his Instagram.

Eye candy for millions of women around the globe, Clayton is an attractive man. He stands with a fantastic height of 5 feet 5 inches (1.65 m) and a muscular body that most women would drool on.

Clayton has managed to do something that most celebrities think as almost impossible. He has kept the details of his personal life away from the eyes of the media and the public.

What's even more impressive is that the actor has not been a subject of rumors of contrives. And, it doesn't help much that no woman has featured in his social media; it is mostly dedicated to his work and family. Also, he has not made any public appearances with any of his female co-stars.

With the information available at the moment, it is hard to say if Clayton is single or married or even has a girlfriend at the moment. But the answer could be the simplest of them all. With a young career, Clayton might be more focused on building his reputation as an actor rather than on a relationship.