By LRU Writer | On: June 25, 2019
Zeeko Zaki Is an American...best known for portraying...was born on the 18th of...his parents moved to America when he was just ...he dropped out of university to pursue...remains secretive about his relationship... 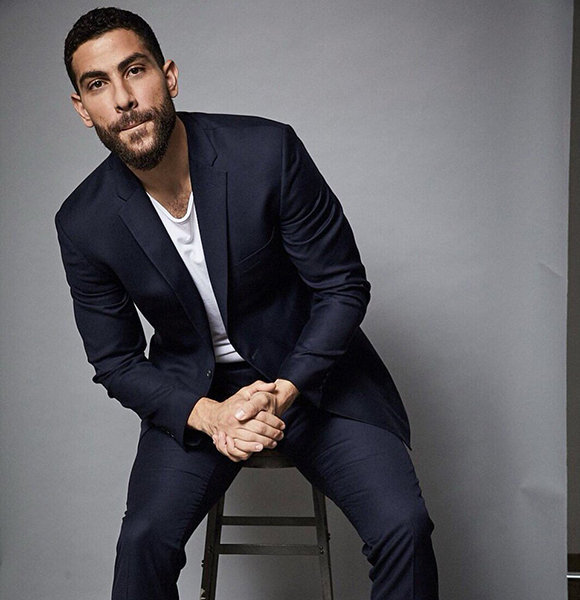 Zeeko Zaki is an American actor. He began his career in acting while still in school. In his freshman year, he participated in the stage production of Seussical, a musical by Lynn Ahrens and Stephen Flaherty.

So influenced by acting, the actor dropped out of his university to pursue art as a career. And, the decision worked out well enough for him to have his page on Wikipedia.

He officially stepped into Hollywood with a role in a short movie, The Therapy Session in 2012. The same year, the actor landed the role of Gus in the film Stuck in Love. With his fame from the movie, Zeeko landed one part after another.

However, he got famous as Omar Adom 'OA' Zidan for a TV series named FBI. His real-life personality is on the same par with his character. He even expressed that he is proud of the show because the show portrays his religion as a part of the character, and not something that defines the character.

Zeeko was born on the 18th of January 1990 in Alexandria City of Egypt. Hence, he belongs to Egyptian ethnicity. But, his parents moved to America when he was just a month old, so his nationality is American.

The actor grew up in a town outside of Philadelphia in West Chester, Pennsylvania with his two younger siblings, a brother, Zeyad and a sister, Zaina. Zeeko Zaki(left) with his mother and siblings on 14th of April 2019 (Photo: Zeeko Zaki's Instagram)

Regarding his studies, Zeeko completed his early education from the Unionville High School, in Pennsylvania. Later, he enrolled at Temple University in Philadelphia, Pennsylvania. The actor in pursuit of his career dropped out before he graduated.

On the show FBI, Zeeko's character is partnered with an agent named Maggie (played by actress, Missy Peregrym).

Well, the star not only faces questions regarding his relationship in his acting role but also in his real life.

His fans want to know if he is a married man with a wife. However, the actor remains tight-lipped on his relationship status despite all the curiosity. With the level of secrecy, the actor has managed to keep, there have even been rumors that the actor might be gay.

But, the world will have to wait for Zeeko to reveal any information on the matter. He might surprise everyone with a girlfriend soon or who knows even a wife!