Clayton Snyder A.K.A Ethan Craft Is Engaged, See The Pictures

By LRU Writer | On: December 03, 2019
Clayton Snyder is engaged to his longtime girlfriend...Plans On Getting Married...mostly popular for portraying the character Ethan Craft in the hit...financial side as he relishes a net worth of 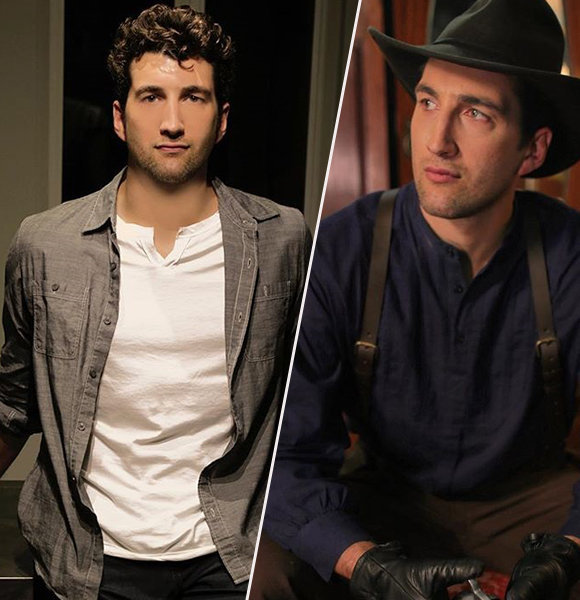 Interestingly, as per his former Lizzie McGuire cast member Hilary Duff, there is a possibility he'll portray the same character again. Since Disney+ (Disney's streaming service) will soon be airing the revival of the show with its former cast, it won't be too long before the actor brings in his charisma onscreen again.

Clayton Snyder is engaged to his longtime girlfriend, Allegra Edwards. The two got engaged on 2nd December 2019 on the occasion of Thanksgiving. The proposal took place in the evening after the pair spent a lovely day together at Bodega Bay, California. With a beautiful diamond ring, the actor proposed his muse amongst his family members, and the reply was big yes by a teary-eyed Allegra Edwards.

Gwen Stefani Spotted With Diamond Ring :- Is She Engaged?

Moreover, a few moments after the proposal, Clayton shared the pictures of the auspicious day along with a video clip where his fiancee flaunted her ring. On top of that, his other half could be seen still hanging on to her tears of joy, still seeping in the beautiful moment.

Plans On Getting Married, Fiancee Info

The two have dated one another for almost a decade as they started seeing each other back in 2009. Although the circumstances under which they began dating remains undisclosed, the two seem to be ready to tie the knot. The artist even expressed his eagerness to wed her by sharing a picture of the two on Insta on December 2019 captioning,

Talking about his fiancee, she is a professional actress along with a degree in Master Of Fine Arts from Pepperdine University.Also, his soon to be wife has made appearances in numerous TV shows such as Orange Is The New Black (2017) and Briarpatch (2019).

Clayton's acting career has paid off very well on the financial side as he relishes a net worth of $400 thousand. His breakout role in Lizzie McGuire significantly contributed to his vast finance.

Likewise, his long list of projects in his later years helped to boost his finance considerably. He has acting credits in several TV shows such as Improve, Second Star

As of now, the former Disney star is working on movie projects such as Dream Job and Destination: Christmas.