By LRU Writer | On: November 16, 2019
Basketball player, Coby white is a rising star...earned North Carolina Mr. Basketball honors..debut with Chicago Bulls...tight-lipped when it comes to his private life...born to parents...father died of liver cancer...was born on...stands at the height of...played college basketball for the University of...interesting hair... 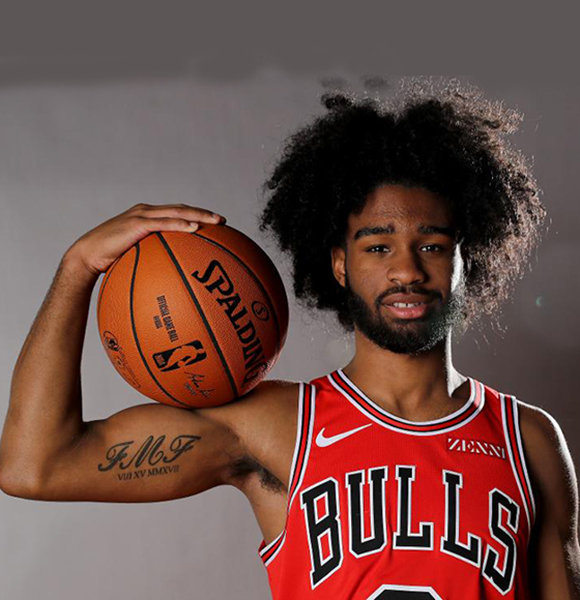 Basketball player, Coby white is a rising star in the realms of basketball. During his time as a freshman in college, he surpassed legendary Michael Jordan on North Carolina's all-time freshman scoring list.

In 2018, he earned North Carolina Mr. Basketball honors and made it to the All-ACC second team in 2019.

Coby made his NBA debut with Chicago Bulls as their seventh pick in 2019 NBA Draft.

Who Is Coby White Dating?

At a very young age, Coby has already made a remarkable start in his career. With his new entry in the NBA, there is a rising curiosity regarding his dating life and possible girlfriend.

However, Coby is tight-lipped when it comes to his private life. Although the young lad has shown exceptional talents in the court, he seems to be far behind in his life outside the court.

As of now, Coby does not seem to be dating anyone. What's more interesting is that he has never even been linked to anyone in the past too.

With his squeaky clean dating history and absence of a female companion, naturally, gay rumors are surrounding Coby. However, he has also never hinted at anything that would justify such allegations.

Well, until Coby himself opens up about his relationship, all we can do is make speculations.

Coby was born to parents  Bonita and Donald White.

His father, Donald, was the first person to put a basketball in his hand. But, unfortunately, in August 2017, his father died of liver cancer. Donald was not only Coby's father but also his first coach. His death was tragic for Coby.

Apart from his parents, Coby also has a sister named Tia and a brother named Will in his family. Coby was born on 16 February 2000 in Goldsboro, North Carolina.

Further, the Chicago Bulls Point Gaurd stands at the height of  6 feet 4 inches (1. 93 m), entirely befitting a basketball player with a complimenting weight of 83 kgs.

After that, he played college basketball for the University of North Carolina, from where he was drafted bu the Chicago Bulls.

Other than his family issues and debut in NBA, Coby's attractive hair has also got the NBA fans talking. He has thick curly hair that takes about two hours for proper styling.

All things aside, Coby, who made his debut official NBA debut this season, is among the most exciting young prospects in the 2019 NBA season to watch out for.