Find Out Cody Lundin Net Worth! What Is He Doing Now After 'Dual Survivor'?

By LRU Writer | On: February 13, 2020
Cody Lundin is a reality star known for appearing in the Discovery TV show, Dual Survival, from...Cody was born on 8 October 1976 in Prescott, Arizona. He went to...According to Celebrity Net Worth, Cody’s net worth is...In 2016, Cody sued the producers of Dual Survival. He claimed... 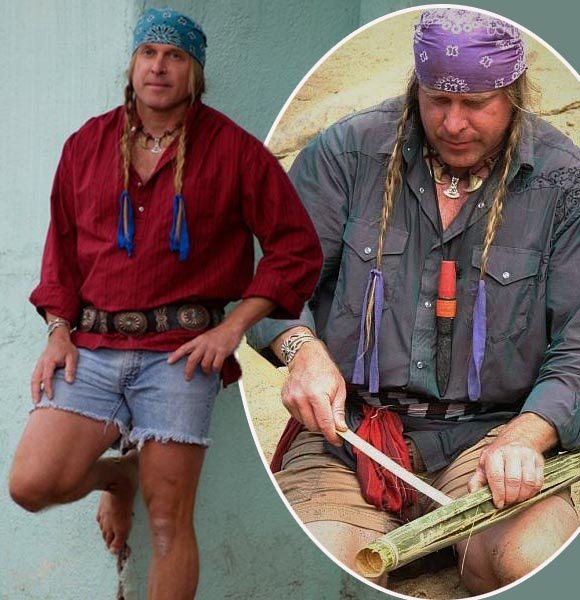 Cody Lundin is a reality star known for appearing in the Discovery TV show, Dual Survival, from 2011 to 2015. He was also part of the TV series, North America (2013) and the documentary, Dance with Destiny (2010).

Cody was born on 8th October 1976 in Prescott, Arizona.

According to Celebrity Net Worth, Cody's net worth is $1.5 million.

Cody began living in the streets and his friends' backward after his highschool. And during his college, he used to live in a brush shelter.

In 1991, he opened Aboriginal Living Skills School; he teaches necessary living skills and wilderness survival there.

Cody put his lifestyle on display on Discovery Channel's Lost in the Wild in 2004 and later on Dual Survival.

He is also the author of two books: When All Hell Breaks Loose: Stuff You Need to Survive When Disaster Strikes and 98.6 Degrees: The Art of Keeping Your Ass Alive.

In 2016, Cody sued the producers of Dual Survival. He claimed that they had manipulated the 2015 finale episode of the show to portray him as a mentally unstable person. Cody further claimed that he had difficulty finding a job due to the episode. Along with suing the producers, he also blamed his co-host, Joe Teti, threatening to kill him. However, Joe refuted the claims in a 2016 TMZ interview. He maintained that he was always friendly towards Cody, and the allegations had hurt him.

As per Cody's lawsuit against Dual Survival, he lost the case as the judge dismissed the case citing reality shows weren't always accurate:

completely factually accurate while others were only substantially true.

What is Cody Doing Now?

Cody is busy with The Ecosa Institute and the Bushcraft Basecamp course. The former is a program, based in Prescott, that specializes in sustainable design and architecture. In the program, he takes the participants into the backcountry and has them design a primitive basecamp from scratch.

Cody does similar work with the Bushcraft Basecamp course.

Cody's father was in the military. Due to the nature of his job, Cody never lived in one place for long and found a companion in the environment. Moreover, his love for nature was fuelled by his grandparents, who lived in a homestead and practiced minimalistic living.