Billy Brown's Happy Life With His Wife And Children 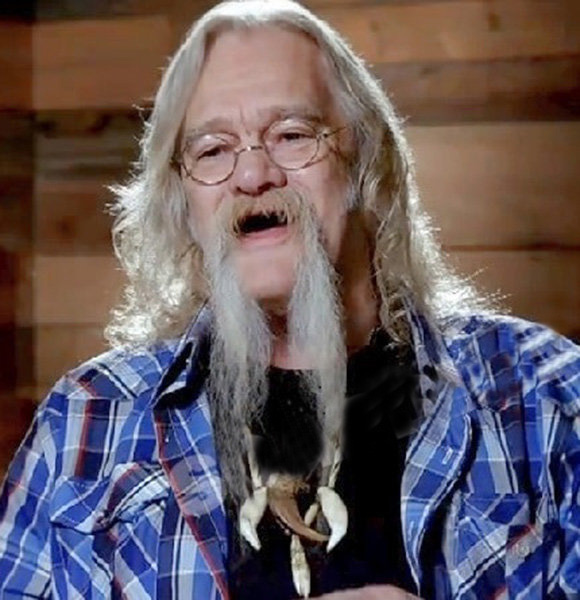 Since his breakthrough with the hit TV show, the reality star has been entertaining audiences in various series seasons.

Even with his busy schedule, he was able to keep a perfect balance between his personal and professional life. The biggest credit for his success can be given to his supportive wife, who believed in him.

Keep scrolling to learn about his love story.

Billy has seen a lot of adversities in his life. The reality star was a mere teenager when he lost his parents- father Billy Joe Brown and mother Mary Kathryn Clemens Brown - in a plane crash in 1969.

Billy reportedly met a mystery woman after the traumatic episode and fell in love. Allegedly, the reality star got married at the age of 16 to his first love. Although there are no details about his first wife, he reportedly has two children from the union.

Billy fell in love with Ami at first sight. Even though they were six years apart in age, they began covertly seeing each other, and the pair eventually got married in 1979. The couple brought seven children, namely Joshua Brown, Solomon Brown, Gabriel Brown, Matthew Brown, Snowbird Brown, Rain Brown, and Noah Brown, to the world. Billy also started his own reality show, Alaskan Bush People, showcasing the Brown family's ups and downs and connecting to the audience emotionally.

Billy had a very blissful life with his wife and children. However, the whole family was troubled when the family's matriarch, Ami, got diagnosed with cancer in 2017. The family dealt with traumatic news as a single unit. They saw a ray of optimism when she successfully fought cancer in 2019. But, the happiness was short-lived.

It so happened that Billy was rushed to the hospital due to a possible case of pneumonia in 2019.

The hospital stay was even hard on Billy as he had to undergo a seven-hour-long surgery to remove liquid from a lung. Nevertheless, despite the health scare, his wife and children surrounded the reality star.

Post the successful surgery, he was advised not to go back to the mountain region of Alaska.

Things were going well when the saddest news knocked on their doors. On 7th February 2021, Billy passed away at the age of 68 after suffering from a seizure.

This was a very devastating situation for the family and the fans. However, Billy's wife, Ami, has made significant progress in continuing her life without her husband.

Prior to fame, Billy's life was full of experiences in the wild. He used to work in the northern Pacific as a commercial fisherman. He was living his unconventional lifestyle to the fullest when the Discovery Channel offered him the reality show.

Since Billy started his reality show with his family in 2014, his net worth has reached its peak height. Reportedly, the reality star and his wife boasted a net worth of $500,000. Further, the couple's children also command a salary of thousands of dollars.

With the show's season nine aired in 2019, the whole family must have pocketed a decent salary.

In addition to the reality show, Billy has also tried his hands at writing. In 2009, he released a book called The Lost Years. The book covered his life journey before coming to Alaska.

Stay tuned to get more updates on Billy Brown.