By LRU Writer | On: May 23, 2019
Conrad Sewell is an Australian singer...Born on 31 March 1988...He was just 8 years old when he started recording demo songs...He formed his own band in high school, Sons of Midnight...Billboard Hit with Norway's DJ Kygo with the song... 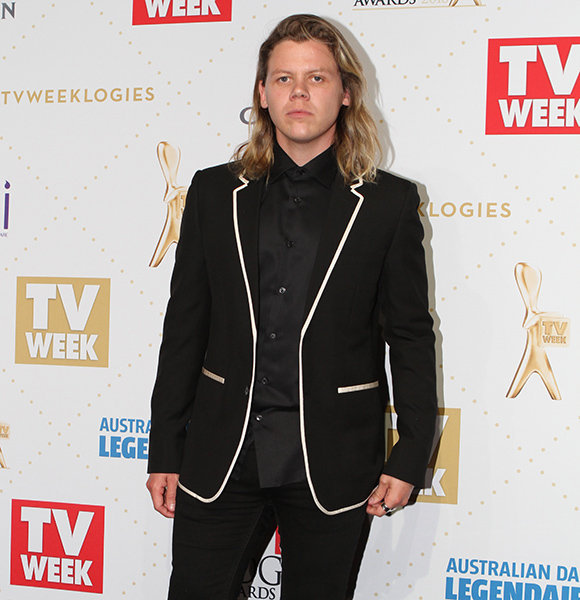 Aussie singer Conrad Sewell has devoted his time and undivided attention for the betterment of music.

Best known for his 2015 single "Start Again," Conrad has become an international phenomenon in the last few years.

The 31-year-old's talent lies in pouring his soul in songs while mixing a little bit of hip-hop in his style. He has worked with big names in the music industry like AVICII, Kygo and many more.

Most people usually end up liking someone who has the same passion as they have.

For Conrad, it was fellow musician Alli Simpson. They met each other at the ARIA (Australian Recording Industry Association) Awards in 2015. They had their second encounter in April the same year at a famous art and euphony festival. They started dating shortly after.

Together for almost three years, it came as a surprise to everyone when they announced their split. Alli later came out and mentioned that it was not a break-up, but only a break from each other to focus on their careers. Conrad took the internet by storm when he revealed that he had moved on. He also mentioned of dating someone from Australia. He has kept his new woman a mystery from the public eye.

Will this new girlfriend turn the Aussie heartthrob into a married man?

Fans will have to sit patiently for any information on the soul singer’s new relationship. Whatever the outcome might be, Conrad’s past puts his gay rumors to rest. He is indeed a Straight man.

Conrad Sewell hails from the land of down under. He was born on 31st March 1988 in Brisbane, Australia. He was born in the loving arms of Michelle Gwyneth. Not much is disclosed about his father, but both his parents are also involved in the music industry.

As for his siblings, he is the second among the three children. He has an older brother, Oliver Sewell and a younger sister named Grace Sewell. Grace has also followed in the footsteps of her older brother and is a singer by profession.

Some people are born with a silver spoon while some get lucky.

But, Conrad has worked to get where he is now. He was just eight years old when he started recording demo songs. Early in his career, the Brisbane native even auditioned for the Australian Idol. However, he couldn’t make it past the theater round, but it did not stop him.

Conrad, in his school years, formed his band, Sons of Midnight. The group even got signed by Universal Germany. However, he left the band in pursuit of a solo career. It ended up being the right decision. He scored a Billboard Hit with Norway's DJ Kygo with the song, “Firestone.”

Following his success, Conrad has been on tour, performing his songs all over the world. The handsome Aussie with beautiful silky long hair has been doing immensely well for his career. He has gained an impressive amount of net worth with his endeavors. He is valued to be in the millions.