By LRU Writer | On: March 12, 2020
American reality star Cory Wharton first shot to fame via the TV show, The Real World in 2014. He followed up the famous appearance...Cory is in a relationship with Taylor Selfridge. The duo started dating after meeting...His girlfriend Taylor Selfridge lost a baby from Vanishing Twin Syndrome...Cory Wharton's wiki... 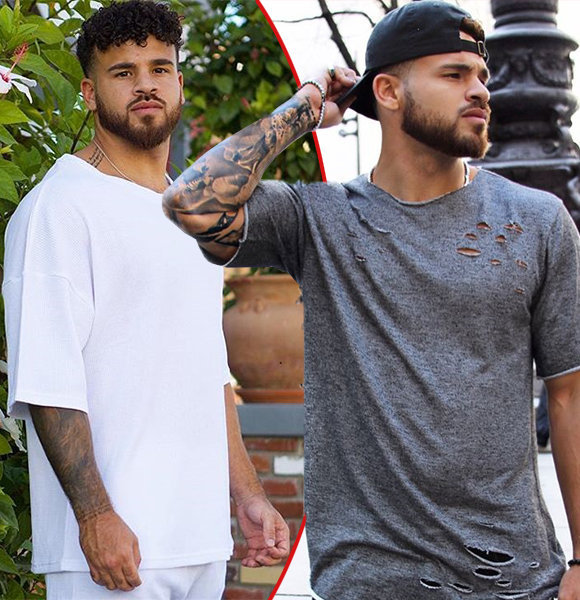 Cory is in a relationship with Taylor Selfridge. The duo started dating after meeting on the show, Ex on the Beach in 2018. However, they split for three months, after dating for a year and a half, and got back together again. The on-off couple is set to become parents to a baby girl, due in 2020.

Who is Cory Wharton's Girlfriend?

Before her stint on reality TV, she dabbled in modeling and also worked as an Early Child Behavioral Management teacher.

Cory had a fling with The Challenge: Rivals III co-star Cheyenne Floyd in 2016. The two were open about their mutual lack of desire for a long term relationship. However, they found themselves in an unusual situation when Cheyenne became pregnant in 2016.

At that time, Cheyenne was also involved with other people besides Cory. Thus, after the child's birth, in April 2017, the duo did a paternity test to find out the baby girl, Ryder's father. The father turned out to be Cory.

After the verification of Ryder's paternity, the ex-couple continued to co-parent their daughter.

Before her successful run in the TV shows, she was an aspiring photographer with a self-titled website. As for Cheyenne's education front, she went to Hampton University to study Public Relations.

Cory was born on 5th March 1991 in Grand Rapids, Michigan. He went to Grand Rapids Community College and earned a degree in Physical Education. He also attended the Ohio Dominican University to study Sports Management.