By LRU Writer | On: June 26, 2019
Cottrell Guidry got fascinated with acting while watching...In 2012, Contrell became tabloid’s darling when rumors started swelling about his engagement to Vampire Dairies’ star... 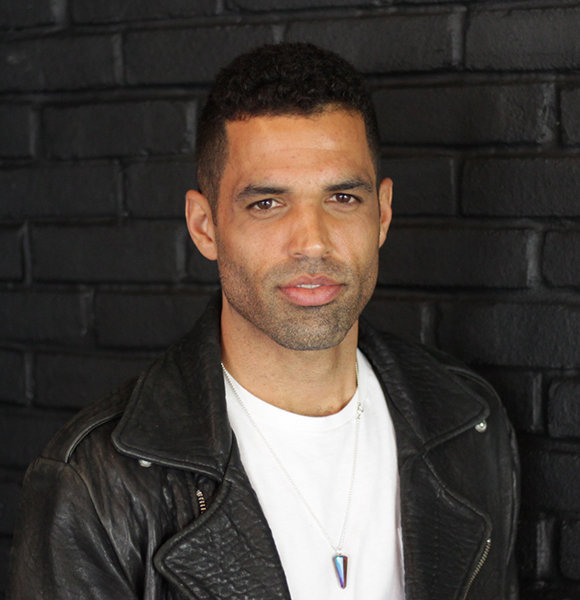 Cottrell Guidry got fascinated with acting while watching TV shows as a child. Growing up in Long Beach, California, he always harbored dreams of making it into Hollywood.

As he turned the age of 18, an opportunity came knocking at his door in the form of a modeling contract. Since then, his showbiz career began. In 2010, Cottrell plunged into acting in the role of Isaac in the short film titled See You on the Other Side.

As his career progressed, the actor has worked in projects namely Criminal Minds, American Soul, and Grimshaw.

Cottrell is a multi-hyphenate with credible acting, writing, producing, and modeling experiences. He is the co-founder of Stay Cool Productions, a company dedicated to bringing artist together to serve moving projects.

Well, he showed his acting, writing and producing caliber in Grimshaw, a short film released in 2018. Cottrell’s acting projects include Skyler, My Roommate, and Powerless. As a working actor, he makes an annual salary of $50,110, which enhances his net worth substantially.

In 2012, Cottrell became tabloid’s darling when rumors started swelling about his engagement to Vampire Dairies’ star Kat Graham. The news came around as the actor shared and then quickly deleted a post on 29th October, which hinted at their engagement.

Shortly, the union was confirmed by his girlfriend Kat Graham's representatives. Kat even mentioned her wedding plans to the media; thus; fans enjoyed their dating phase post engagement.

More About Kat's Failed Engagement:- Why did Kat Graham Drop Engagement with her Boyfriend? Are They Still Dating?

Sadly, the happiness didn’t last as the pair parted ways in 2014.

The Keep The Chocolates actor soon moved on in his life with a new flame.

The new girl in his life is Kimberly. Cottrell's romance with the lady first got out via her Instagram post on 1st August 2017. Since then, the pair grew in their relationship; thus, Cottrell got engaged to his love in 2018. Cottrell Guidry shares a moment with his wife, Kimberly on the occasion of her birthday on 20th May 2019 ( Photo: Cottrell Guidry's Instagram)

Following the engagement, the 34-year-old actor and his girlfriend got married in the summer of 2019. The married pair still behave as a dating couple and flaunt their love on Instagram. On the occasion of Valentines day 2019, the actor shared the sweetest message for his girlfriend turned family, Kimberly on Instagram.

Cottrell, who celebrates his birthday on 4th June, was born in 1985. The American actor with an African-American ethnicity grew up in an unstable household, where his father was plagued with alcoholism. Due to the struggles, the actor lost his father early on in his life.

During hard times of tragedy, Cottrell’s family consisting of his elder sister and younger brother were by his side.

Thus, he is exceptionally close to his siblings. On the occasion of his brother’s birthday on 24th October 2018, the actor of height 6 feet 1 inch ( 1.85m) shared a heartfelt tribute to his young sibling.