By LRU Writer | On: June 18, 2019
Daniel Habif is a famous motivational speaker...Daniel’s wife, Anyha...Now, he is called from all around the world to inspire... 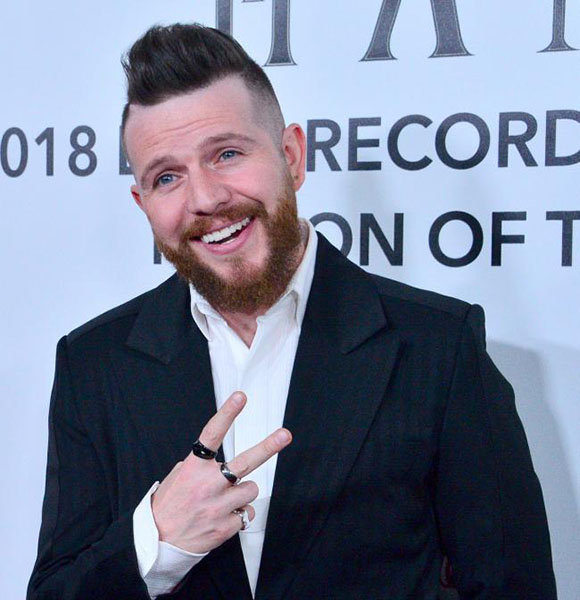 A famous motivational speaker, Daniel Habif, has inspired and transformed the lives of millions of his followers. His reach can be measured by the fact that he performed at the Latin Grammys in the city of Las Vegas in 2018.

Further, he has spoken at significant forums, namely Forbes, TEDx, Senate of the Republic, INJUVE, INADEM, International Innovation Forum, Entrepreneur, High Level, and Economic Forum. The talented speaker travels around the world for his various tours.

Daniel’s wife, Anyha Ruiz De Habif, is his number one supporter. Along with being a loving life partner, she helps her husband professionally as his manager. Well, the pair started going out on 17th November 2001. Daniel put up an adorable picture along with his girlfriend turned wife on the occasion of their 17th anniversary in 2018. He also penned a long caption thanking the love of his life for sticking by his side through every situation.

For You:- Derek Mears Height, Net Worth, Wife

Not being the one to shy away from expressing his love, the Forbes speaker regularly puts up posts writing love letters to his wife. Similarly, another important woman in Daniel’s life is his mother. He doesn’t shy away from flaunting his love for the matriarch.

Daniel celebrates his birth on 5th October every year. The 35-year-old was born in Mexico. According to his birthday, he boasts the sun sign, Libra. Well, he holds Mexican nationality as his birthright.

Before gaining fame, he was a model who featured in more than 200 commercials. However, his father’s death changed everything for Daniel. He went through turmoil after his old man's loss but managed to come out of it with a voice.

Well, his first ever motivational video was recorded by his wife, Anyha Ruiz De Habif. Since then, he kept at spreading his voice and helping people, which led the motivational speaker to become one of the celebrated Spanish public speakers. He also talks about his religion, Christianity, profoundly in his speeches.

As for now, he gets called from all around the world to inspire people to better their lives. He has worked with soccer teams, non-profit foundations, and boards of directors. Add to that; he also helps create, workshops and seminars for universities, high schools, and national companies.

Further, he worked as a spokesperson for Coca-Cola's campaign during the 2018 FIFA World Cup; the video gained traction as one of the most viewed videos on Coca-Cola's YouTube channel at the time.

Daniel’s reach is worldwide via his channel titled Daniel Habif. It boasts more than one million subscribers. Similarly, the motivational speaker has an upcoming 2019 tour which covers nations like Spain, Mexico, US, and Canada.

Along with opportunities, the motivational speaker was also bestowed with an award. He got honored by the State of California for his work towards improving the lives of the Hispanic community. As a person of Hispanic ethnicity, Daniel has made a priority to give back to his community.