By LRU Writer | On: June 17, 2019
Emily Osment got her start in the entertainment business via...Emily’s dating life is a matter...stopped posting about her...got engaged to any of the men she got linked to time and again... 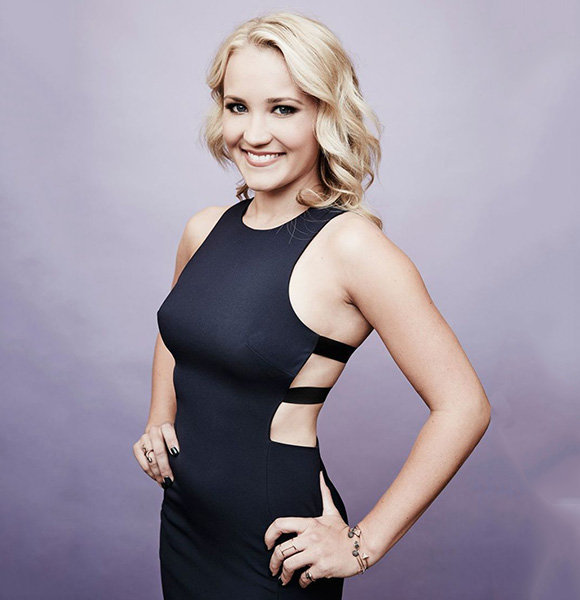 Emily Osment got her start in the entertainment business via working on Flower Delivery Company’s commercial in 1998.

The advertising gig started her career as a child actor. She then worked in her first film The Secret Life of Girls and first TV show, 3rd Rock from the Sun in 1999. However, she made a name for herself via playing the part of Lilly Truscott in Disney’s Emmy nominated series, Hannah Montana.

Emily’s dating life is a matter of concern for loyal fans since her Disney days.

They want to know if she got engaged to any of the men she got linked to time and again in the past. Well, the Cyberbully star is yet to get engaged to be married to any one of her husband hopefuls.

However, she was dating Jim Gilbert since 2016. But, she stopped posting about her boyfriend back in 2017 on her Instagram. And, she also deleted some of her boyfriend’s pictures from her social media page. Emily is not the only person in Hollywood from her family. Her elder brother, Haley Joel Osment is an Oscar-nominated actor for The Sixth Sense. Like Emily, her brother is also a former child actor.

The talented siblings were born to parents, Michael and Theresa Osment. Interestingly, Michael also acted in a movie Soccer Mom along with her daughter. Well, it was due to the supporting guardians that Haley and Emily's could make a name in the Hollywood industry.

Today, the Dadnapped actress' net worth stands at $3 million. In addition to a rocking acting career, Emily added singing profession to her bio.

Well, she released her first album Fight or Flight, in October 2010. The talented actress has also worked in several commercials in the past, namely Dick Van Dyke and Vanilla Star Jeans.

Besides, her prominent acting projects, Emily worked in The Haunting Hour Volume One: Don't Think About It, A Daughter's Nightmare, Spy Kids 2: Island of Lost Dreams and Spy Kids 3-D: Game Over.

Taking about Emily’s measurements, she stands at the height of 5 feet 3 inches (1.6 m) and boasts a complementing weight of 54 kg.