By LRU Writer | On: November 04, 2019
Acting bug hit Courtney Gains when he was a mere ten-year-old boy. While acting in a play, Snow White and the Seven Dwarves, he decided...Courtney likes to remain coy when it comes to his dating life. He doesn’t let any information slip about his girlfriend or a possible wife...Given Courtney’s ex-girlfriend’s claims, she was granted a protective order from the actor. After the incident, no substantial... 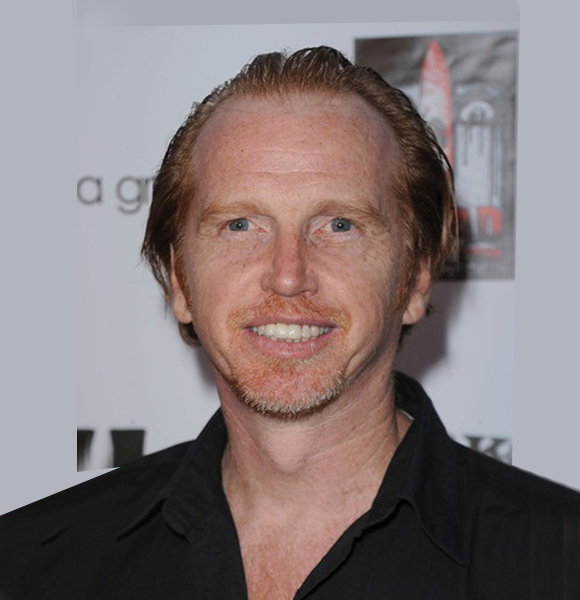 The acting bug hit Courtney Gains when he was a mere ten-year-old boy. While acting in a play, Snow White and the Seven Dwarves, he decided that he would become an actor and enrolled in acting classes.

His efforts finally paid off when he got cast as Malachai in the 1984 movie, Children of the Corn. Since then, Courtney has been actively working in Hollywood. In 2019, he appeared in movies, The Silent Natural, Deadly Crash, and Death Camp.

Courtney likes to remain coy when it comes to his dating life. He doesn’t let any information slip about his girlfriend or a possible wife.

However, in August 2012, the actor’s dating life’s disturbing information came to the forefront. Well, his ex-girlfriend, Kelley Marie Pospisil, filed for a restraining order against Courtney. She claimed that he harassed her after their two-year-long relationship came to an end.

According to Kelley, he sent her threatening messages on her cell phone, which led her to ask for legal help. Further, she claimed that the actor had been abusive towards his past girlfriends too.

Given Courtney’s ex-girlfriend’s claims, she was granted a protective order from the court. After the incident, no substantial news came forward regarding the exes.

Maybe, it was his brush off with the law, which led Courtney to maintain a low-key dating life. As of 2019, it is not clear if the actor is single or married with children.

Courtney credits his parents for his career in Hollywood. It was his parents who made it their life’s mission to fulfill his dreams of becoming an actor. They supported the actor when he wanted to join acting classes from a young age.

Today, he has made his parents proud as he boasts over 120 acting credits. Some of the iconic movies in Courtney’s filmography are Back to the Future, Sweet Home Alabama, and Dorm Daze. Further, the 54-year-old has also worked in TV shows, namely, It's Always Sunny in Philadelphia, Criminal Minds, and Ride the Lightning.

Interestingly, the veteran actor won the 2018 Award of Merit Special Mention for his lead role in the short film, Allen + Millie: A Short Romance.

For You:- Mike O'Hearn Wife, Net Worth, Family

With his good run in Hollywood, it is no surprise Courtney’s seven projects are in production in 2019. The upcoming projects are The Next Cassavetes, Never Too Late, and Haunted: 333, to name a few.

Given a successful career, the actor of height 5 feet 11 inches (1.8 m) boasts a net worth of $3 million. And, with his steady run in Hollywood, it will surely increase with time.