By LRU Writer | On: November 19, 2019
None can claim reign over the magic world like  Criss Angel...His name was as famous as it could get in the magic industry. Even now,  years after his back to back mind-blowing acts...Criss went on to be seen many other women before settling down yet another time in...union brought forth their little bundle of joy, son...His net worth is... 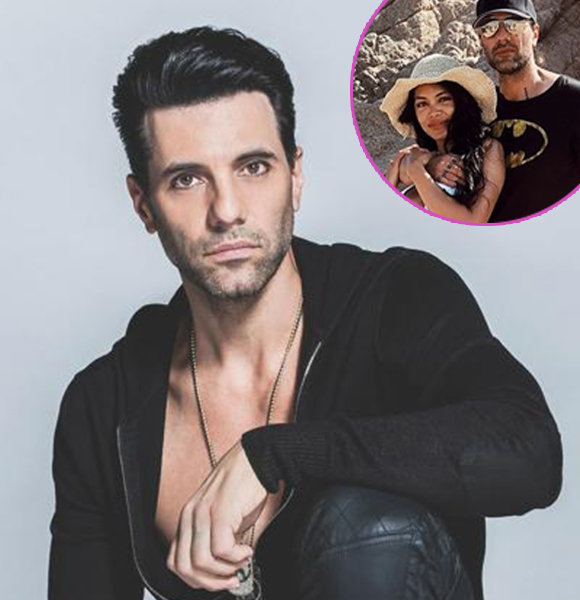 No one can claim reign over the magic world like Christopher Nicholas Sarantakos, better known to the world through the moniker "Criss Angel."

From sawing people in half, crawling up through buildings, passing a quarter through his skin, to getting rolled over by a steam roller, there might only a few things the world-renowned magician and illusionist has not done.

His name was as famous as it could get in the magic industry. Even now, years after his back to back mind-blowing acts, Criss is still remembered and loved as the jaw-dropping magician of the 21st century.

Quite popular in his trade, many even compared him to the legendary magician Houdini.

Not once but twice; the magician has shared his life with two women.

First was his longtime girlfriend, JoAnn Winkhart. The pair got married in 2002 and remained married for four years before splitting in 2006. With his split from JoAnn, Criss went on to be seen many other women before settling down yet another time in 2015.

Married Or Not :-  Is Frankie Beverly Married? Wife, Age, Net Worth

Sadly, their son was diagnosed with lymphoblastic leukemia. Cancer of the lymphoid line of blood cells characterized by the development of large numbers of immature lymphocytes, Criss' son battled the disease for three years before becoming cancer-free.

The news of his well-being was only revealed when Johnny's chemo treatment was over.

During the three years of his son's ongoing battle with cancer, Criss was romantically linked with girlfriend Belinda Peregrin in 2017. However, Belinda soon confirmed that she had stopped dating Criss.

As of 2019, Criss and Shaunyl have already reconciled. Welcoming a second child together, the pair announced that they are a family of four now. It seems the couple is together again; however, the nature of their relationship remains unanswered.

With Criss' hard work, his popularity in the magic realm speaks for itself. Achieving widespread reputation and renowned stature, Criss also has his massive net worth to prove the height of his status.

His net worth is $50 million and counting.

You May Like:- Shia LaBeouf Dating History, Girlfriend, Is He Married?

Interestingly in 2019, Criss is actively partaking in tours. Starting from 9 December 2019, there are numerous tours scheduled for him. Not only in various states, but the magician is also making quite the entrance in the WWE industry.

Fans and followers of his magic show are all set to receive a new installment of his magic. Titled Criss Angel RAW – The Mindfreak Unplugged show, it is going to take place on 8 February 2020 at the Payne Arena.