By LRU Writer | On: November 13, 2019
Shia LaBeouf is an A-list Hollywood actor. With movies like Transformers series, Indiana Jones, he has managed to make a name for himself in the showbiz...Shia married actress...in October 2016. The longtime....Sadly, Shia and his British girlfriend’s relationship... 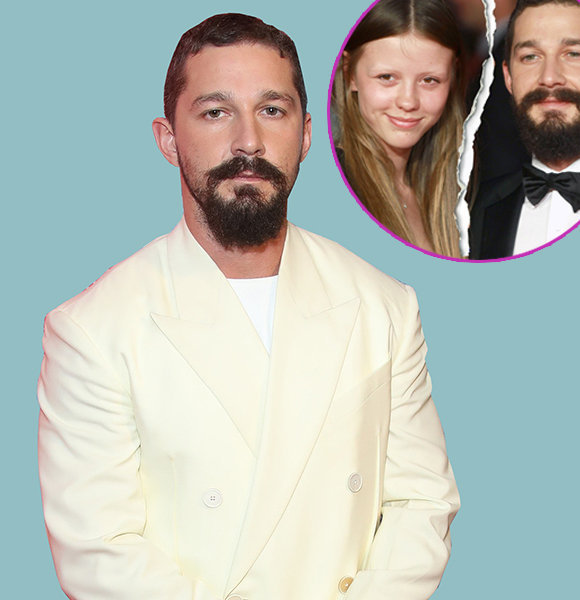 Shia LaBeouf is an A-list Hollywood actor. With movies like Transformers series and Indiana Jones, he has managed to make a name for himself in the showbiz.

Amidst the high of career, Shia made headlines when he was arrested in 2017 for public drunkenness. Following the scandal, the court ordered him a stint in rehab. The incident led the actor to turn his life around via turning sober and writing a movie, Honey Boy-based on his life.

Well, his labor bore fruit as he was awarded the Hollywood Film Awards 2019 for screenwriting.

Shia married actress Mia Goth in October 2016. The longtime couple got married via a Las Vegas wedding officiated by an Elvis impersonator.

Sadly, the pair’s relationship couldn’t last, and they eventually filed for divorce. The news regarding the actor duo's divorce came out in 2018 after Shia was spotted going out and about with singer FKA Twigs.

The Even Stevens actor seemed rather close with his new girlfriend as he left her house to run errands with her. Interestingly, the pair started dating after working together in the movie, Honey Boy.

Sadly, Shia and his British girlfriend’s relationship couldn’t last. It was reported that their busy careers came in the way of their courtship.

Following the news regarding their break-up, the actor was seen hanging out with a mystery girl in June 2019. It is unclear if the pair are dating, which keeps Shia’s current relationship status in the dark.

Since the start of Shia’s Hollywood career, he has been linked to several ladies. In 2002, it was reported that he went out on a date with Disney star Hilary Duff. Interestingly, the sushi date didn’t materialize further.

Likewise, the actor was also linked to Kiely Williams and Amber Tamblyn between 2003-2005. Amidst rumors regarding his relationships, Shia finally stated dating China Brezner. The relationship lasted a few years before ending in 2007.

Post the heartbreak; he reportedly went out on a date with Rihanna. But, nothing came out of the meeting.

However, a newly single, Shia didn’t stop looking for love. He got linked to his Transformers co-star Megan Fox in 2008.

Shia has been active in the acting industry for over two decades. He began his jouney in 1984 with Nausicaä of the Valley of the Wind. To date, he has continued to entertain the audience.

As of 2019, his two movies, The Tax Collector and Pieces of a Woman, are in production.

With a long and busy career at hand, Shia boasts a net worth of $25 million.