By LRU Writer | On: July 28, 2019
Cynthia Bailey is the star of The Real Housewives of Atlanta...On 26th July 2019, she became engaged to Mike Hill...The sportscaster spoiled Cynthia with a five-carat diamond ring from Simon G. Jewelry worth $85,000... 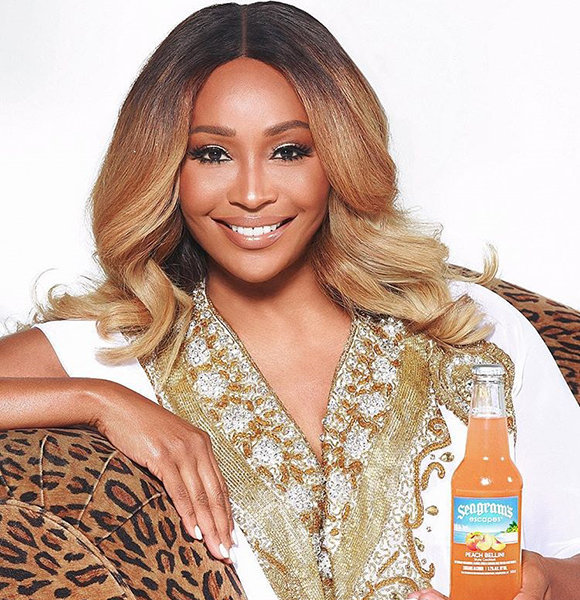 Cynthia Bailey is the star of The Real Housewives of Atlanta. As a model, she appeared on the cover of Essence Magazine and brands like Oil of Olay, Maybelline and Macy's.

The reality star also tried her hands in acting with the movie, Without You I'm Nothing. She cashed in on her popularity and launched entrepreneurial ventures Cargo by Cynthia Bailey-line of purses, luggage and totes- and Cynthia Bailey Eyewear.

On 26th July 2019, she became engaged to Mike Hill. The Real Housewives of Atlanta star got surprised by her boyfriend at the opening of her business outing, The Bailey WineCellar.

The Fox Sports 1 host planned the sweetest proposal with his two daughters Ashlee Hill and Kayla Hill and Cynthia’s daughter, Noelle Robinson. The teenagers held a card that read, Can we be a family? while Mike went down on his knee. The sportscaster impressed Cynthia with a five-carat diamond ring from Simon G. Jewelry worth $85,000.

Engagement of Another Real Housewives Of Atlanta Cast:- Porsha Williams Engaged! Boyfriend/Husband To Be Sheds Fortune On Ring

The reality star’s relationship with her fiance’ started when they first met at Steve Harvey’s show in April 2018. The romance moved quickly as Cynthia became Instagram official with Mike in August of the same year.

Now, with the model's engagement to Mike, her brood has increased with two more children, siblings Ashlee and Kayla Hill. The Hill sisters were born from their father’s marriage to Camille, a former Ms. Universe participant.

Cynthia got married to Peter Thomas on 24 July 2010. However, fellow reality stars couldn’t save their union for long. After six years of marriage, they filed for divorce on 6 July 2016.

Speculations were that her husband, Peter, cheated on Cynthia. But, he denied the rumors and mentioned that Cynthia and his ambitions came in the path of their marriage. On 13 March 2017, they got officially divorced.

Before her marriage and subsequent divorce, the Real Housewives of Atlanta star was in a relationship with Leon. And, they welcomed a daughter named Noelle Robinson as parents in 1999.

However, the union didn’t work out. Thus, Cynthia raised her daughter as a single mother.

The 52-year-old reality star has accumulated a decent net worth through her long showbiz career. She boasts a net worth of $500K with a salary of $300K per season fromThe Real Housewives of Atlanta.

Her net worth was also reflected in her 2016 Lakehouse purchase in Georgia, worth $960K.

As an entrepreneur, Cynthia of height 5 feet 9 inches (1.75 m) has launched The Bailey Agency School of Fashion, a modeling school. The organization grooms an individual to walk the ramp, pose, master makeup, and basics of the showbiz industry.

The job suits the reality star as she had accumulated modeling experiences over the years. She walked the ramp for Fashion Week in Paris and Milan and worked for brands Mercedes Benz and Levi's.