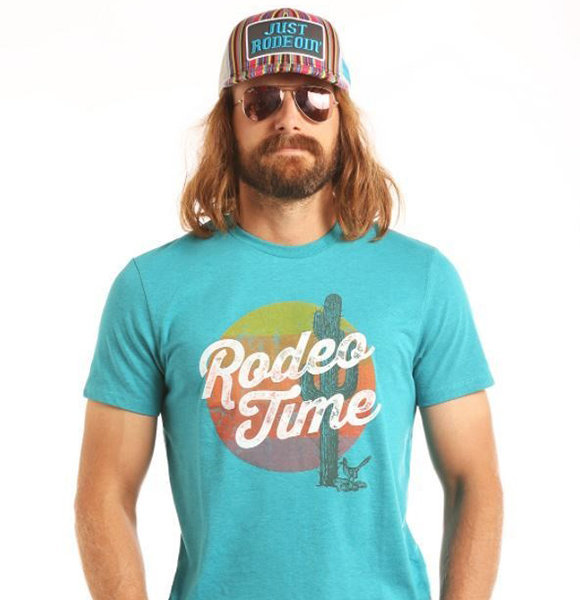 Dale Brisby is a rising social media personality. With his unique rodeo life of bull riding on display online, Dale is a budding Snapchatter and YouTuber.

On the latter, he boasts over 281K followers and more than 51 million views. While not entertaining the audience online, he remains busy managing the Radiator Ranch Cattle Company as its CEO.

Does Dale Have A Wife?

Dale is a self-proclaimed ladies' man. He doesn’t leave a single opportunity to boast about his popularity among the female population. Even in his official Facebook page’s bio, he has bragged about his expertise in dating the fairer sex.

However, the “ ladies’ man” hasn’t let a single thing slip about his personal life. Far from a legally married wife, he doesn’t introduce any one of the ladies whose heart he has supposedly broken. But, a secretive Dale jokingly called fellow entertainer Fallon Taylor, his girlfriend, in December 2017. Later, their collaboration turned out to be a professional partnership for a series on the barrel racing world. Dale’s stand on his dating life suggests he casually dates people but hasn’t found the one to settle down and get married finally.

Well, this is not the first time he has bantered about his relationships. There are a number of tweets where he has quipped about dating and getting married, if you see.

For instance, a girl named Miranda Marie once tweeted:

Kinda rude how @dalebrisby and I aren’t married yet.

On 5th February 2019, he again replied to a Twitterati, which made his single status glaringly obvious. He said he would choose his Riggin ban and rodeo over Valentine's dinner, which has broken the hearts of every girl he has run across.

The YouTuber celebrates his birthday every year on 12th February. Thus, he boasts an Aquarius sun sign.

Dale has embraced the cowboy style of living in his life. He started his bull riding career in July 1987 and has been at it ever since. Also, the YouTuber branched out in his career as a ranch manager at Radiator Ranch Cattle Company in 2004. He remains in the position to date.

In 2013, he found time to work at another place named Brightstar Ranch. There, he worked for more than two years until the owners sold the site.

Interestingly, the cowboy holds a Master's degree in Agriculture from Texas A & M University.

Although an online personality, Dale is pretty private about his personal information, including his age, family details, and real name. It is a paradox that a social media personality’s private information is a secret.

It is widely speculated that Dale’s real name is Clint Hopping, as the YouTuber’s ardent fans bombard his comment section with his supposed real name, Clint.

Another YouTuber In Our Midst:- Reece Hawkins Age, Net Worth, Dating

In contrast to the YouTuber’s personal information, his successful career isn’t hidden. Dale earns a yearly average salary of $6.6K - $105.1K from his self-titled YouTube channel. Similarly, he also fetches a salary of $36,434 per year as a bull rider.

Also, Dale is the CEO of Rodeo Time, Inc- a retail company-since 2013. His company sells cowboy hats, caps, and T-shirts, which are most popular among his followers. They even inquire about his products on Instagram. Thus, all of Dale’s endeavors surely add to his net worth of thousands.