By LRU Writer | On: October 03, 2019
Dallas Hart is famous for... was born on...grew up in a family...a complete lady charmer... share an instant connection...gay allegations...all the rumors regarding... 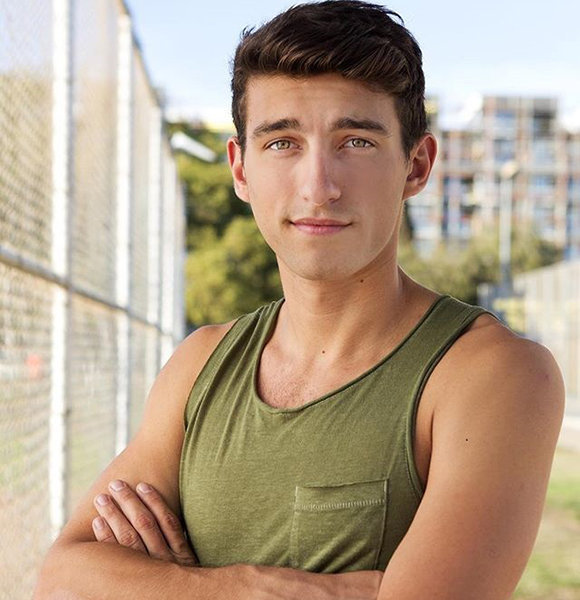 Over a few years, Netflix has introduced so many new faces to us from its amazing shows. Among such new faces, is Dallas Hart.

Dallas Hart is famous for his portrayal of a born leader- Leo Cruz in the Netflix series Greenhouse Academy.

Before gaining massive fame as the high school heartthrob- Leo, Dallas appeared in various movies and TV shows like Will and The Social Experiment. Apart from that, he also had a guest role in an episode of Rizzoli & Isles.

However, his first acting credit was a short movie named- Motion Sickness in 2011.

In the show, Greenhouse Academy, Dallas's character Leo is the leader of a group called Ravens. Leo further is a musician who can play multiple instruments and even write songs- a complete lady charmer in every way.

Interestingly, even off-screen Dallas is not far from his on-screen character. Standing at the height of 5 feet 10 inches (1.78 m), he is quite an attractive guy with those chiseled cheekbones and dreamy eyes. Needless to say, he has garnered a substantial number of admirers over the years.

Despite being an attractive guy, there is no information about his girlfriend or possible dating life. Even his social media sites portray him as a single guy since all his posts are with his family and close friends.

However, some rumors did rise when he posted a picture with his on-screen love interest Hayley Woods (played by Ariel Mortman). On the occasion of her birthday, Dallas wrote a sweet caption in 2019 saying,

Happy birthday to this extremely special human being and may your day be a very merry Yalla balagan! In the Netflix show, Leo and Hayley share an instant connection because of their common interests and eventually fall in love. So, the fans were quick to make speculations about their relationship.

But to the fans' dismay, in real life, both Dallas and Ariel denied all the rumors regarding their linkup.

You May Be Interested:- Jeremy Shada Girlfriend, Gay, Family

Like every other celebrity, Dallas has also been a victim of gay allegations, in fact, more because of his secretive personal life. However, the young actor has never hinted anything that would suggest him as gay.

For all we know, Dallas could probably be seeing someone under the public eye, or he may not be ready for all the relationship stuffs yet. Since no confirmation has come personally from Dallas himself, all one can do is speculate.

Dallas was born on 14 February 1995 in the United States. He grew up in a family of four, alongside his sister and parents in Michigan.

Despite his growing fame, the young actor has managed to keep his family details under wraps. However, from his occasional posts on social media, it is pretty apparent that he is a family guy and shares a good bond with his parents and sister.