Dalvin DeGrate Got Married With Singer Girlfriend? Or Dating Someone Else Now?

By LRU Writer | On: February 14, 2018
Dalvin DeGrate Got Married With Singer Girlfriend? Or Dating Someone Else Now? The singer Dalvin DeGrate happens to fall on the latter category as he is very low-key when it comes to his dating concerns and relationship. If you are a fan of the singer than brace yourself as we are about to reveal his untold and unheard romance with his girlfriend. 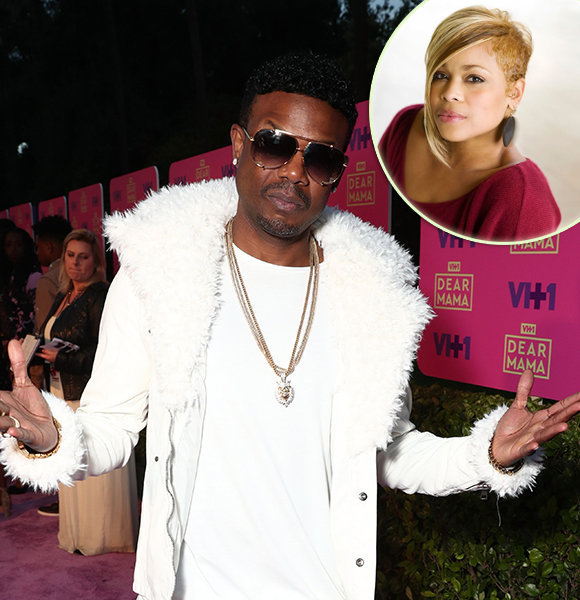 The singer Dalvin DeGrate remains very low-key when it comes to opening up about his dating concerns and relationship. Although it's personal choice wither to reveal or keep it a secret, it's natural for the fans to want to peek into the life of their favorite celebrity.

Well, if you too are one of the fans of the Dalvin and want to know him more than before, then brace yourself, as we are about to reveal his untold and unheard romance with his girlfriend!

If you are a 90's kid, we are pretty sure that you have heard of Dalvin DeGrate. The 46-year-old rapper/singer is one of the members of the 90's hit R&B duo 'Jodeci.'

The band has created some amazing hit songs of that era like 'Come and Talk to Me' and 'Freek'n You.' Well, his stardom and career have always been in the spotlight, but his dating affair is entirely contradictory to that.

Back when the internet and social media was not even a thing, Dalvin made it to the news with his affair with the singer Tionne Watkins. Tionne Watkins, who goes by the name T-Boz, was in a relationship with Dalvin DeGrate back in 1990. Dalvin with his ex-girlfriend Tionne and his brother (Facebook)

When the fans were expecting Dalvin to make Tionne his wife, the duo called off their relationship in 1994 without revealing any details as to what made them end their romance.

However, Dalvin and Tionne ended their relationship on good terms and remain good friends even after all these years.

Back in January 2018, Dalvin shared a picture of them with the friends for life hashtag on his Instagram, showing that they remain friends even after their split.

For now, Dalvin does not have any rumors regarding his love life and it seems that the musician is occupied with his work and career. But, he might also be enjoying a hush-hush love life, as he is really good at keeping his love affair off the news portals and paparazzi!

In 2017, Dalvin dropped his new single, 'VINDICATION (Get Money)' that was well received by the public. The rapper is also a songwriter and has written and produced for some of the renowned names in the music industry like Mary J. Blige, Mariah Carey, Jewel, Tupac, Flo Rida.

As of now, the rapper is preparing and setting up for his solo concert first time ever!

Keep visiting for the emerging updates on Mr. Dalvin DeGrate!