By LRU Writer | On: January 17, 2020
My kids come home in a really pissy mood and it’s really hard on my wife... politician was also transparent about challenges in maintaining his married life...following their marriage, the pair became parents to their...As per the investigation, the agents including his brother was accused of...his education, he earned a bachelor's and a Master's degree in... 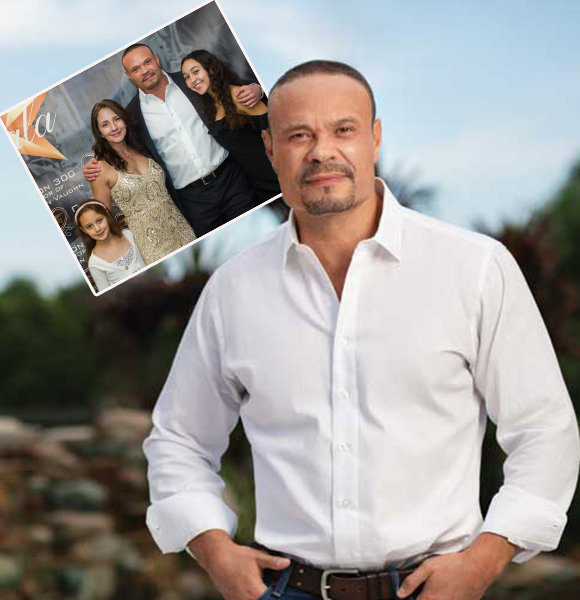 Besides his on-screen career, he came close to being a senator as well. In 2014, he won the nomination in the Republican primary but lost the election to John Delaney

Dan is married to Paula Martinez, a web developer, and Colombian immigrant, who received her US citizenship only after a few years of their marriage.

Bobby Berk & His Married Life:-  Does He Have Children With Husband?

The two first met while Dan was working as a secret agent for his home country. Following the marriage, the pair became parents to their daughters, Isabel and Amelia. The latter is the youngest one and was born in 2012. Likewise, his eldest daughter Isabel arrived in the world in 2004. The former politician was also transparent about challenges in maintaining his married life. uring his interview with Naples News in 2016, he shared,

I had a broken family. My marriage has been tough. What I really hate is politicians who don’t talk honestly to rank-and-file, down-to-earth people. Listen, there’s nothing wrong with once in a while when people go, ‘So how’s your marriage?’ saying, ‘You know, it’s tough. Marriage is hard work. We have kids and sometimes my kids come home in a really pissy mood and it’s really hard on my wife. And we yell at each other. And we shouldn’t.

However, the pair is still together keeping their marriage intact, and they even celebrated their wedding anniversary on 31st August 2019.

The former American congressional candidate grew up in a harsh childhood. His parents divorced very early, and his mother went on to marry an abusive boxer. As per Dan,

My stepfather was a monster (with) hands like ham hocks. He choked me out one time too. Child Welfare used to come to our house all the time.

Dan has two brothers: a younger brother and an elder brother named Joe Bongino. His elder sibling also worked for the secret service and was involved in the Secret Service Scandal Investigation in 2012.

As per the investigation, the agents, including his brother, were accused of bringing prostitutes to their hotel room during Barack Obama's visit to the country that year.

Facts About Dan Bongino Including Age: