Who Is Daniel Whiston Wife? Relationship Details Of Dancing On Ice's Star

By LRU Writer | On: March 26, 2021
Daniel Whiston missed a shot at being in a relationship with...ould rekindle their love after their reunion in Dancing On Ice...end up dating her...founded an indoor climbing center named... his dance partner from the 2010 reality show 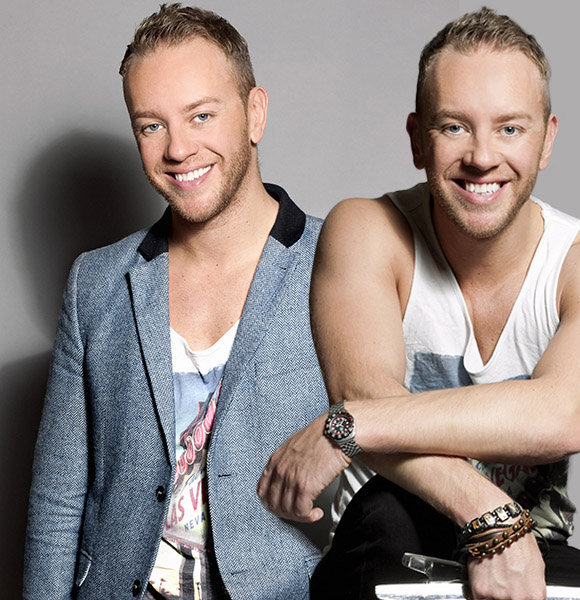 Daniel touched the height of success with his appearance in the reality show Dancing on Ice consecutively every season till 2019 as a professional skater.  Throughout his tenure, the reality TV actor was paired alongside personalities such as Gaynor Faye and Linda Lusardi. His association with the show as a performer ceased, however not yet. He commenced as associate creative director of the show to date and even went on the floor for a special segment of Movies Week in 2020.

Video: Daniel Whiston performing with the team on Dancing On Ice for a special segment Movies Week on February 2020.

But apart from his success from the show, he managed to acquire vast wealth from his side ventures as well.

Who Is Daniel Whiston Wife?

Daniel doesn't have a girlfriend, let alone a wife. Interestingly though, he has an epic, almost love story with a girl he was well acquainted with since childhood.

Well, that girl is none other than Hayley Tamaddon, his dance partner from the 2010 reality show Dancing On Ice. Together they took home the winning title that year, but a fascinating reveal came the same year.

It turns out, his dance partner was obsessed and in one-sided love with him since the school days while growing up side by side in Blackpool, England. During an interview with The People, she confessed,

"I would go to watch the skating after I had finished school.I'd be there in my school uniform and I fell head-over-heels in love with him. He didn't know who I was for ages and then I got to know him, only for him to fancy my pretty best friend. The day I caught them kissing was one of the worst of my life."

Many fans wished they would give love a chance after their reunion in Dancing On Ice; after all, many audiences expect a showmance. However, Hayley was engaged to choreographer Darren Charles by then.

Daniel Whiston and Hayley Tamaddon as seen together in 2010 (Photo: dailymail.co.uk)

Well, Daniel and Hayley's romance wasn't meant to be as even after she broke up with her fiance in 2010, the reality star didn't end up dating her.

So yeah, maybe he missed a shot at being in a relationship with the person who had her eyes on his since the days of innocence. Daniel, despite being a public figure, is a private person. Consequently, there are just subtle speculations about his relationship status. Well, all we hope is his happiness regardless of being married, separated, or single.

Business Ventures Outside Dancing In Ice

It's apparent that the reality star raked in impressive figures with his involvement in Dancing With Ice with his three-time win( 2006, 2010, and 2013). With all the wealth he garnered from his fame, he has been making wise investments out of it.

Today, he owns several Subway sandwich shops in Lancashire, North West England. Moreover, in 2018, he co-founded an indoor climbing center named Clip n Climb in his hometown Blackpool. Not to mention amazing Zumba classes, all of which sources a good income for him. We can tell because Daniel is spending. He began renovating his house including his garden in July 2020 which we assume took a few months to complete. He called the process "building the dream".

So, it's apparent that he is dancing all the way to the bank.