By LRU Writer | On: March 13, 2020
Daniela Ruah is an actress popular for her portrayal of Kensi Blye in the TV show, NCIS: Los Angeles (2009-2020). She has also worked in short movies...Daniela Ruah has been married to David Paul Olsen since 19 June 2014. The duo shares two children...Daniela’s acting debut was in the TV movie, Querida Mãe in 2001. Following her first acting gig, she worked... 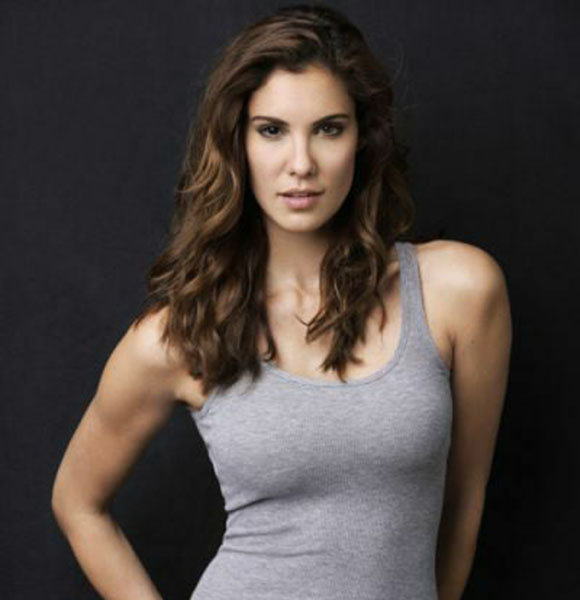 Daniela Ruah has been married to David Paul Olsen since 19th June 2014. Daniela Ruah and her husband, David, met via Eric Christian Olsen- the on-screen love interest of Daniela on NCIS: Los Angeles and David's younger brother. Eric introduced the pair when David, a stunt double, came to work on NCIS: Los Angeles. The pair hit it off and went on their first date on 8th February 2011.

The duo kept dating and welcomed their son River Isaac Ruah Olsen in 2013. Fast forward to June 2014, and they got married in Portugal.

Who Is Daniela's Husband?

Daniela was born on 2nd December 1983, in Boston, Massachusetts. Her parents, Katharina Lia Azancot Korn and Moisés Carlos Bentes Ruah, moved to their native Portugal when she was five. Her mother is an otologist (an ear specialist), and her father is a surgeon.

Daniela attended the St. Julian's School in Portugal. She was sixteen years old when she scored her first acting role. Along with pursuing acting projects, Daniela continued her education and finished high school.

For her undergrad, she joined London Metropolitan University, England, for a Bachelor's degree in Performing Arts. Then, in 2007, she moved to the US to study at the Lee Strasberg Theatre and Film Institute.