By LRU Writer | On: February 23, 2020
Justin Kirk is a Hollywood actor who is famous for his role as Andy Botwin on Showtime's hit series Weeds (2005)...He was born on...His height extends to...and some of his movies and TV series include...Justin has garnered a net worth of...He was rumored to be dating actress...The actor has played a gay character in the movie called... 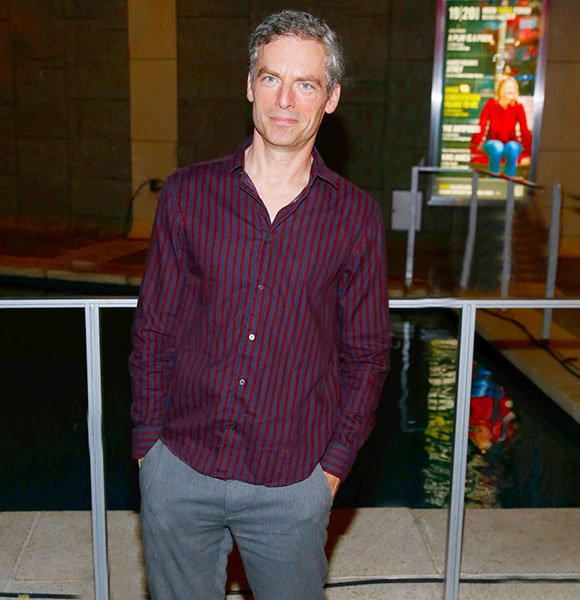 American actor Justin Kirk made his acting debut at the age of seven in a local stage production. Justin further rose to fame due to his portrayal of the eccentric character named Andy Botwin on Showtime's hit series Weeds, which was released in 2005.

The actor was born on 28 May 1969 in Salem, Oregon, USA. His father is of English and Danish descent while his mother is of Russian Jewish ancestry.

Justin went to elementary school on a Native American reservation. He attended the Children's Theater School throughout high school.

Justin enjoys a net worth of around $3 million, according to Celebrity Net Worth.

The actor was rumored to be dating actress Elizabeth Reaser. In September 2012, Elizabeth tweeted a photo of Justin and captioned the picture as,

Further, in January 2012, Justin referred to Elizabeth as his friend, while in an interview with Lincoln Center Theater.

Moreover, in an interview with Vulture in April 2015, the actress also referred to Justin as her best friend.

Who Is Elizabeth Reaser?

Elizabeth is a Hollywood actress who is widely known for her appearance as a vampire in The Twilight Saga (2008-2012), in which she played the role of Robert Pattinson's mother- Esme Cullen.

More About Actress Elizabeth Reaser:- Married Now? The Twilight Star Has No Time For Having Dating Affair Or A Boyfriend

The actress was born on 15 June 1975 in Bloomfield, Michigan, to parents- John Reaser and Karen Davidson. Elizabeth has two sisters.

Some Interesting Facts About Justin Kirk Including Height