By LRU Writer | On: October 01, 2019
Danika Yarosh made good use of her acting lessons and made a career out of...put all her knowledge to use and gained immediate success in...on the occasion of Valentine's Days, she updated her fans about her relationship status...had already featured in a film that vanished her fear of... 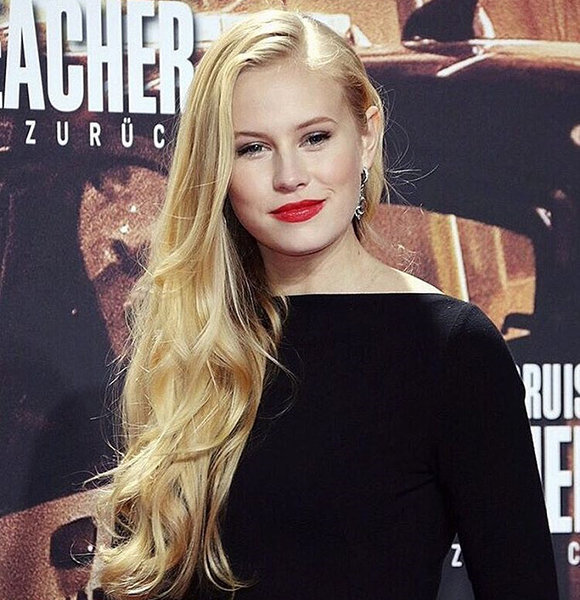 Starting as an avid dancer, Danika Yarosh made good use of her acting lessons and made a career as an actress.

Interested in the performance arts from childhood, Danika was a student of dancing and acting back in her school days.

Later, she put all her knowledge to use and gained immediate success in dancing. She marked herself as one of the emerging young talents winning various national and regional dance awards.

Also, the same success reflected her energetic stage presence and opened up her doors in acting. Now, she is a superstar in both, growing better with each passing day.

Just at the age of 21, Danika has been able to win the hearts of many with her acting and charming personality. Not only that, her slim body, blue eyes, and height of 5 feet 5 inches (1.65m) also justifies the statement.

Despite possessing all these qualities, the New Jersey native is not dating a boyfriend. As absurd as it sounds, it's the reality. In 2016, on the occasion of Valentine's Day, she updated her fans about her relationship status as single.

The actress mentioned also mentioned her wish to have a pet animal over a boyfriend in 2016.

Although her male fan base is in a considerable number, she is yet to find the man of her dreams.

However, Danika got the chance to experience a boyfriend from her on-screen romance with Joel Allen. The two are seen playing lovers in the series, The Purge.

Danika Yarosh is the second youngest child of her parents: Victor and Linda Yarosh. She has three siblings in her family; Mani Yarosh, Erik Yarosh, and Peter Yarosh. Growing up, she was inclined towards learning dance and acting. As a five-year-old, she had already featured in a film that vanished her fear of the camera. When she turned 12, Danika moved to Los Angeles and acted in small TV roles and commercials.

Danika Yarosh’s professional acting career started a bit late, but, the seeds of acting was already dug into her. At five, she first appeared in the movie The Stepford Wives but left acting to focus on dancing.

In dancing too, she found success, bagging several awards. From the same, the Shameless actress developed a majestic stage presence. Seeing that, she was selected to perform in the Broadway Billy Elliot the Musical in 2009.

Now, with 24 acting credit to her name, Danika is a regular appearance in movies and TV shows. Likewise, she has also amassed a healthy net worth from her acting and dancing ventures.