By LRU Writer | On: January 14, 2020
English actor Danny Dyer is best known for...earned several British Soap Award...also starred in movies like...tied the knot to...met when they mere teenagers...is a father of three kids...became a father for the 1st time at the age of...very close to his eldest daughter...an estimated net worth of...stands at a height of 5 feet 11¾ inches (1.82 meters)...real name is... 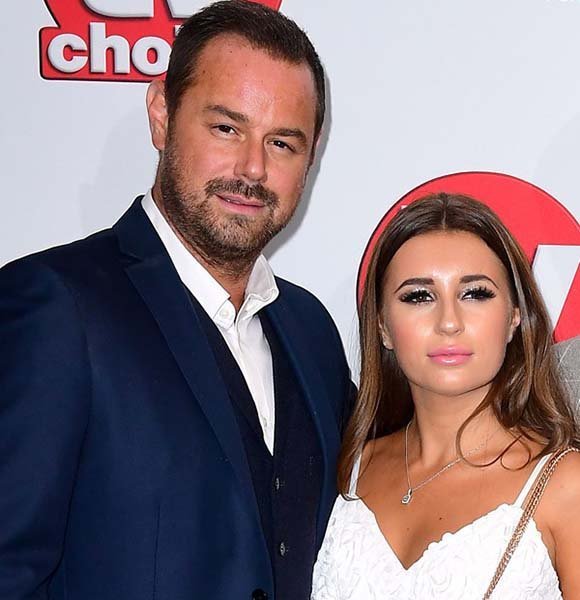 English actor Danny Dyer is best known for his portrayal of Mick Carter in the BBC soap opera, EastEnders (2013-2020).

Danny Dyer is a married man.

He tied the knot to his childhood sweetheart, Joanne Mas, on 3rd September 2016.

Their wedding, held at the walled garden of a country hotel in Hampshire, was a lavish affair. The bride donned a flamenco-inspired gown with a cathedral-length veil, whereas the groom dazzled in a classic grey tuxedo. Danny and Joanne met when they were teenagers and have been in love with each other ever since.

After dating for more than two decades, it was Jo, who took a step forward and proposed to Danny on Valentine's Day in 2015.

Danny Dyer is a father of three kids with his wife, Joanne Mas.

He became a father for the 1st time at the age of 19 when his then-girlfriend (now wife) Joanne gave birth to their daughter, Dani Dyer, on 8th August 1996.

Interestingly, the pair thought they were having a boy and wanted to name their child Danny. But their first child was a girl. They still stuck with the same name but spelled Danny with an 'i.'

Now, their daughter Dani is an established actress who has acted in movies like Vendetta and Age of Kill. Danny is very close to his eldest daughter and even calls her his 'soulmate.' After ten years of the birth of his first child, Danny welcomed his second daughter, Sunnie Jo Dyer, on 10th April 2007.

Later, on 24th October 2013, Danny and Joanne had their third child together, son Arty Jose Dyer.

Starting his career, with a minor role in the TV show, Prime Suspect, in 1993, Danny has almost ninety acting credits on his name to date.

His impressive acting career has rendered him an estimated net worth of $5 million.

Danny Dyer was born on 24th July 1977 in Canning Town, London. He was born as the first child to Antony Dyer and Christina (née Meakin) Dyer.

The Eastenders actor grew up alongside his younger brother Tony Dyer and younger sister Kayleigh Dyer.