By LRU Writer | On: February 04, 2019
Safe to say, the wedding between Laurie and her longtime partner - and now, husband - Dennis Longman was a private affair... she shares a daughter with her former husband...the wedding ceremony took place at The Stag in Hampstead...previously was married and shared a daughter named Erin... 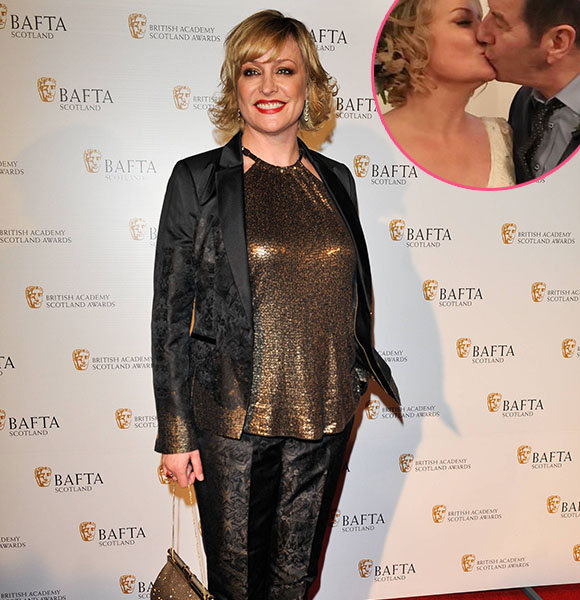 Off to the honeymoon!

British actress Laurie Brett, age 49, looks all poised to enjoy a fruitful marital relationship with her longtime boyfriend-turned-fiance after tying the knot in an intimate wedding ceremony over the weekend.

Curiously, the Eastenders star - who portrayed Jean Beale in the beloved BBC One drama series - shares a daughter with her former husband.

Intimate Wedding - How Laurie & Her Fiance Dennis Longman Got Married?

Safe to say, the wedding between Laurie and her longtime partner - and now, husband - Dennis Longman was a private affair.

Married on 3rd February 2019, the lovebirds invited only a small number of friends and family over for their wedding. The ceremony took place at The Stag in Hampstead.

People to make the guest list includes Laurie's famous co-star Letitia Dean - who plays Sharon Mitchell in Eastenders - and Tamzin Outhwaite, who portrays Mel Owens in the BBC One drama.

Interesting enough, it was the latter, who first broke the news of them getting married. Taking to Instagram, Tamzin, age 48, initially shared "some gorgeous wedding flowers" and followed it up by posting a snap of the newly-weds of kissing each other. Tamzin congratulates Laurie Brett and Dennis Longman on getting married from the wedding held on 3rd February 2019 (Photo:- dailymail.co.uk)

Going by the only existing wedding photo of Laurie & Dennis: Both of brought their A-game to the table. The Waterloo Road star looked stunning donning the complexly embroidered v-neck designed gown; meanwhile, her husband appeared dapper in a suit and tie.

Although she is yet to acknowledge the low-key ceremony publically, the mother-of-one hinted excitement on Twitter, just days before it. On 31st December 2019, she tweeted:-

Probably, upon returning from the honeymoon, Laurie will spew details of her wedding!

Many might not remember, but the 49-year-old Brit called off the wedding in 2007 following her split from musician fiance, Dave Evans. Laurie and American singer were together for almost six years.

After Dave, she began seeing John Milroy. The two went to get married and have a daughter named Erin, who's now eight years old. In December 2014, after five years of blissful marriage, they called it quits. Laurie Brett poses next to her husband, John Milroy for their wedding photo circa 2009 (Photo:- dailymail.co.uk)

As per the reason behind the divorce, a source revealed that the former duo's relationship ran its course. The fallout left Laurie with a broken heart, but it was probably for the best though.

49-Year-Old Celeb:- What Terrell Owens Thinks Of 3 Day Wife Is Not Good; Where's He Now?

Had it not been for the divorce, the London's Burning actress would have never met her current husband. With wedding crossed off the bucket list, she can now focus on starting a family by getting pregnant.