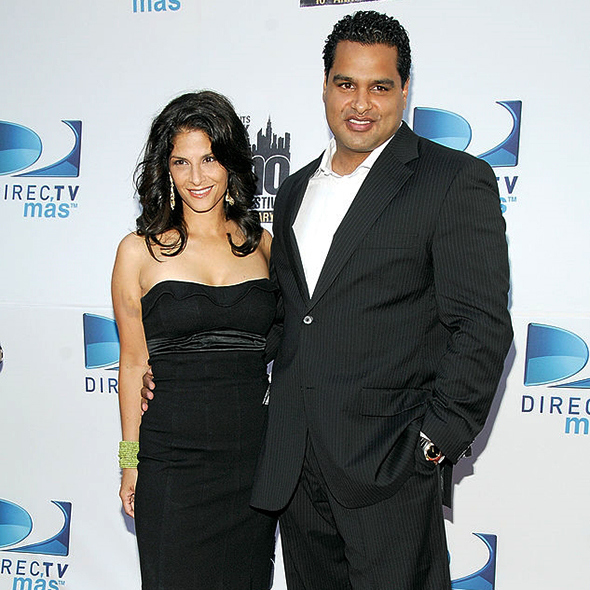 Love isn’t only about sharing the good moments with your partner but staying beside them in their difficult times. In this regard, our story today is about a woman who has proved her love for her husband by standing with him in during tough times.

If you couldn’t guess, we are talking about NBC’s co-anchor, Darlene Rodriguez.

Even when the world was against her husband, Darlene stayed by his side. Darlene became the source of his strength and helped him overcome.

What Happened to Darlene Rodriguez's Husband?

In 2008, Darlene’s husband, David, got accused of using authority to have sexual contact with a seventeen-year girl. Later, David admitted that he used his influence and pleaded to the misconduct.

David was one of the officers who arrested the girl’s boyfriend on the charge of domestic violence. The girl claimed that David returned alone later and raped her.

Although David got alleged of a rape case, Darlene did not leave him alone. She stayed with her spouse during the court procedures and shared,

"I'm here to support my husband. I believe in him. I love him. He's innocent 100 percent."

Later, David was announced a culprit by the court; however, due to the plea, Rodriguez was given a one-year conditional discharge and was ordered to stay away from the teen for five years.

After being guilty, David resigned from New Rochelle as well.

Even in those times, Darlene stayed with her spouse like a shadow. The couple faced all the difficulties together and coped with them.

However, Darlene Rodriguez got severely criticized for supporting her husband. In this regard, a critic named Ross Decker tweeted,

"I've seen Darlene Rodriguez try to manipulate the news when her husband was arrested. Nothing new for #NBCfail."

"Didn't Darlene Rodriguez's husband get busted for something last year? Sexual assault or something? He's a cop, right?"

Not allowing the situation to take hold of their relationship, the husband and wife made it through the storm and are still together.

Darlene and Rodriguez live in Croton-on-Hudson, and they have three children.

Their oldest son and only daughter turned 19 and 16, respectively, in February 2019. Meanwhile, the married duo's youngest child is in his early teens.

The couple is happily spending their life with their kids. She set an example of a supportive and loving wife.

Eleven years on, there's no sign that the Rodriguez family is still reeling from the rape scandal. Instead, as their children make plans for college, Darlene and her husband seem content with the fact that the debacle is now a thing of the past. Interestingly enough, the Rodriguez family still resides at their Westchester County estate they bought for a whopping $805 thousand in 2004, four years before the rape scandal that rocked their world.

In an interview with Power 105.1's EmEz, Darlene talked about her growing up in the Bronx and how she was inspired to be a Journalist at the age of 8 due to her mother's influence.

"Well Its Funny because I grew up in the Bronx, as you said, I wanted to do this job since I was eight years old. My mother was just a news junkie, watched it, consumed it, every day, and I just admired the people that I saw, and I wanted to tell stories.

She also explained that her circumstances were challenging as a Puerto Rican and how following her dream was harder than she imagined it to be, saying,

She furthermore got into conversations about the current state and outlook of the News media and what she thinks of it right now as well as many other things.

"Mujeres Destacadas (Distinguished Women) Award" and “Latina Excellence” Award-winning journalist Darlene is the co-anchor for NBC’s Today in New York, which airs every weekend from 4:30 to 7 a.m.

She frequently serves as a news anchor for Weekend Today and Today Show.

She has covered the tough stories, including the police shooting of Amadou Diallo, the crash of Flight 587 En route to the Dominican Republic, and the Catholic Church’s sex abuse scandal.

Similarly, she is the first reporter to break the news about the conflict between residents and the U.S Navy.

Darlene is also active in charitable works. She gets associated with the Make-A-Wish Foundation and Cristian Rivera Fountain, which works for the rare fatal brain tumor in children.

Moreover, she also supports the American Heart Association of Westchester. In exchange for her services, NBC New York reportedly pays Darlene a six-figure sum in salary.