By LRU Writer | On: November 03, 2019
Darren Till was the most hyped MMA fighter after the notorious...defeats hurt him so much mentally that he took a seven-month-long break until his next fight that took place on...was involved in a lot of criticism when he told the media he did not care about his...only went professional after three and a half years in... 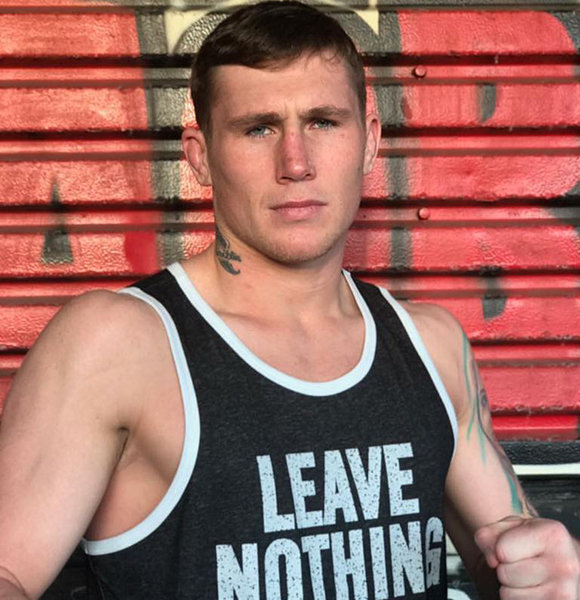 After 14 straight wins in the octagon from the start of his career, Darren Till was the most hyped MMA fighter after the notorious Conor McGregor.

The fighter had such an impact in the middleweight division that he was in contention for a potential title shot. Sadly, it wasn’t to be as his fantastic run was put to a halt with two consecutive defeats against Tryon Woodley in 2018 and Jorge Masvidal at the start of 2019.

The defeats hurt him so much mentally that he took a seven-month-long break until his next fight that took place on 2 November 2019. And boy he was excellent as ever, the Englishman was a completely different human being after his comeback.

He was quick with his punches and every ready to get back in defense, preventing any vital hits. Now, the father of two is ready to go out and perform in front of his kids in the ring.

Daughter With Wife Or Girlfriend?

Facing defeat from the hands of Jorge Masvidal at the beginning of 2019 meant only one thing for Darren Till that his dreams for a title shot were over for good. But, what better way to recover from the pain other than spending quality time with the family.

However, Darren, who became the father of two in November 2018, was involved in a lot of criticism when he told the media he did not care about his pregnant girlfriend or daughter from a previous relationship. Considering all that in mind, it looked at though Darren had a heart made of rock.

Saying that the MMA fighter was beside his girlfriend during the birth of the second daughter Zara Till. Also, he spends all his time away from fighting with his family and is a proud father to both his daughters. Darren Till with his daughter Zara Till in November 2019 (Photo: Darren Till's Instagram)

However, he is yet to get married and make his girlfriend his permanent wife.

Darren Till’s birthplace was Liverpool, England.  Learning Muay Thai since age 12, the 29-year-old always had that fighting nature in him. But, his career changed when he set out to Brazil to join a fight team.

However, he only went professional in 2015. His UFC debut was a fight against Luciano Oliveria, which he won via unanimous decision. Since then, he went on a 14 consecutive winning streak, which earned him the nickname of ‘The Gorilla.’

As of the fall of 2019, Darren announced his return in the UFC beating Kelvin Gastelum. The knockout specialist is ready to make headlines after a long-awaited return to the sport.

When it comes to professional fighting, it is always better to be on the other side of the ring rather than being inside it. However, Darren Till chooses to be in the said competitive sport.

The Gorilla was back to his best after making his appearance on 2 November 2019 - seven months away from the ringside. Holding a professional record of 14 wins, two losses, and a draw, Darren was the best of the middleweight division.

In his six-year service already, he earned a dry career net worth of $533,000, excluding win bonuses and sponsorship from Reebok. Now, he is back to increases his winning tally and career earning to the next level.