The secret of Darrin Henson’s Sexuality ?

By LRU Writer | On: July 08, 2021
While the divorce between American choreographer-actor Darrin Henson was a sad tragedy, the split of the couple raised more questions than answers...The couple looked so much in love and had always appreciated each other's company, so what could go wrong in their blissful marriage...While rumors suggested that Darrin was secretly a gay man hiding in his closet, the existence of the New York native and his wife's children contradicted the gossips...The actor has further revealed his new romance, which is sure to take the actor out of the gay category... 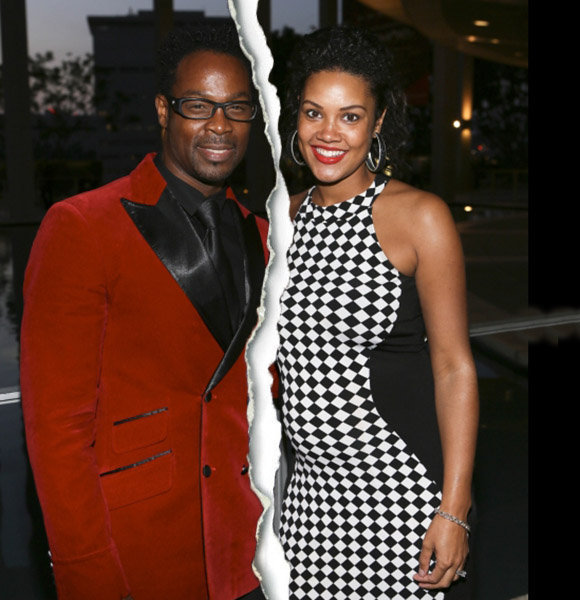 Darrin Dewitt Henson has had a rough life as tabloids have always been on his neck trying to extract every little information inside his life.

The actor has had a rough decade as he had to go through multiple divorces and breakups, all in the public eye. He has been heavily judged in his way with ladies and relationships.

The actor/choreographer never really saw a happy ending in his marriages. He was married to Rachel Johnson, whom he thought was the love of his life. The pair were married in March 2014, but they couldn't keep their vows of being “together forever” and sadly had to end their marriage after 6 months. This led to fans and the media questioning his sexuality as it was hard not to notice his failing relationships with women. Darrin Henson with wife Rachelle Henson at their wedding in March 2014 (Photo: ILoveOldSchoolMusic.com)

Henson has never answered any questions about his sexuality. So looking into his past relationships stating he is straight can be the safest bet. So the Broadway Dance Center owner, while talking about his failed marriage, told-

“It was great . I also got divorced. You know it's beautiful . We’re really good friends; we have a beautiful daughter together”.

It is also rumored that Henson has 3 other kids from his past relationships.

He might have married again. However, there is no straight answer as to if the 49-year-old is actually in a relationship as he has decided to keep everything very lowkey. And we respect it, understanding the history of Henson’s open breakups in public.

The love birds might not have given an official statement yet, but their wonderful pictures together cannot stop us from being in awe. The actor seems to be currently married to a model, and they seem very much in love, and at this point, their official statement hardly matters.  Well, this picture might clear any doubts that we have.

The married couple seems to be getting lots of blessings sent their way daily by their well-wishers and fans, and here is what Ms. Henson had to say about one fan’s comment.

All of these pictures and gestures go on to show how happily married the couple is. We may not confirm the rumors of Henson's sexuality, but he sure seems to be a charmer amongst the ladies.

A Look Into Darrin's Net Worth

Setting aside his personal life, Darrin’s career has been amazing so far. From having his own dance center to acting in movies and series such as “Black Magic” and “The Salon,” he has ventured wherever his passion has taken him.

And due to all of these hustles, he has established himself as a successful artist and has accumulated millions of net worth as of 2021.