By LRU Writer | On: January 13, 2020
Dave Rubin is a political thinker, comedian, and the host of The Rubin Report...is gay and came out as such in 2006...married his husband and longtime partner David Janet in September 2015...his major sources of earning are his YouTube channel and...his age is...he stands at a height of... 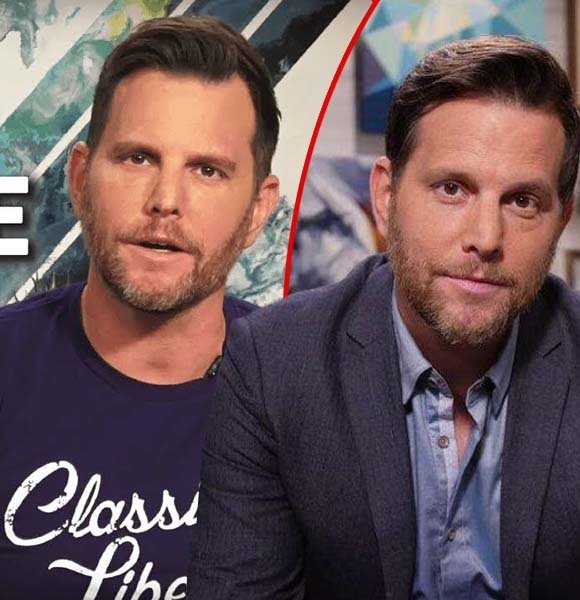 Dave Rubin is a comedian, political thinker, and the face of The Rubin Report - a political talk and news show on YouTube. He is associated with the Intellectual Dark Web - a term coined by Eric Weinstein - denoting a group of people on the internet who are regarded as great intellectuals and influencers.

Before The Rubin Report, Dave was a member of The Young Turks, another internet-based liberal panel show. He is a free speech advocate and a staunch critic of the politically-correct left.

He has also worked with various other production houses such as Ora TV, RYOT in the past. He is associated with BlazeTV as of September 2019.

Dave met his husband, David Janet, on the 26th of June 2010. They got engaged during a Fleetwood Mac concert in Los Angeles in early December 2014.

Finally, the couple married on the 1st of September 2015 after the legalization of gay marriage. Dave and David have been together for almost five years now, and they even work together. David is the executive producer of The Rubin Report.

Dave Rubin came out as gay in 2006. He also strongly advocated for the legalization of gay marriage during his time with The Young Turks. Finally, gay marriage was made legal on the 26th of June 2015, long after he revealed his sexuality to the public.

He said the following expressing discontent for the duration he had to wait to get married during an interview with Playboy in September 2018:

I was progressive, I truly was. And because I couldn’t marry the person I wanted to marry, it became disproportionately important for me.

Dave is still advocates for the equal treatment of LGBTQ people in the society.

Dave Rubin is the host of one of the most popular political talk shows on the internet. His channel, The Rubin Report, has more than 1.1 million subscribers on YouTube.

His significant sources of income are his YouTube earnings. In addition to this, he also goes on tours all around the world with various other intellectuals.

The comedian is also about to become an author. His book, Don’t Burn This Book: Thinking For Yourself in an Age of Unreason, comes out on the 28th of April 2020, and one can preorder it on Amazon for $17.67.

In addition to this, he also signed a deal with Glenn Beck’s BlazeTV in September 2019 to safeguard his content from YouTube’s conflicting content policies.

American-Commentator The Rubin Report The Young Turks David Janet Fleetwood Mac Don’t Burn This Book: Thinking For Yourself In An Age Of Unreason