By LRU Writer | On: October 11, 2019
David Castaneda has been acting since... the most popular questions surrounding...his romantic life...the gay rumors...his family details...stands at the height of... his first screen debut from the... 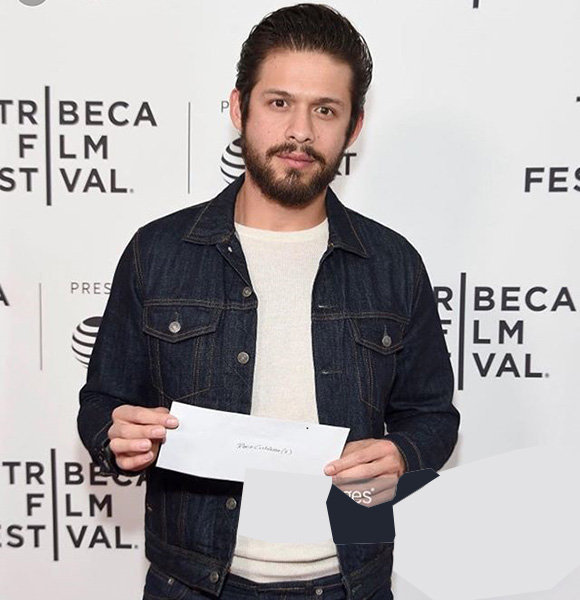 American actor David Castaneda - who has been acting since the age of 17 - got his prominent role in Netflix's 2019 pop culture sensation, The Umbrella Academy.

Even before his appearance in the Netflix show, he has had many acting credits on his name. But, his portrayal of Diego Hargreeves in the show gained him widespread fame.

With his increasing fame from The Umbrella Academy, David has garnered not only widespread recognition but also a massive number of admirers. So, it's natural that one of the most popular questions surrounding David is regarding his dating life.

However, to his fan's dismay, the actor is one hell of a secret keeper when it comes to his private life. Although he has been in show biz for quite a while, he has been more than successful in keeping his romantic life under wraps.

What's more surprising is the fact that David has never spilled any details about his past relationships too.

As for the gay rumors, they seem to circle everyone these days. And, in David's case, with the absence of a female companion or a girlfriend; naturally, there are even more rumors regarding his sexuality. However, he hasn’t revealed anything that would establish David as a gay man. In David's case, it's pretty hard to find the scoop on his dating life as he rarely speaks about his personal life in media. Having said that, the 29-year-old actor could also be dating a possible partner in private, away from the prying eyes.

David - born on 24 October 1989 in Los Angeles, California - boasts Hispanic ethnicity and has Mexican ancestry. Hence, he has his mixed family to thank for that Latin charm of his.

Although David was born in America, he was raised in Sinaloa, Mexico. He returned to America for his higher education at the age of 14. As for his nationality, he possesses dual citizenship: Mexican and American.

Further, just like his dating affairs, David has kept his family details a secret too. However, from his social media posts, it's pretty apparent that he is very close with his parents and sister.

You May Be Interested:- David Lim Wedding, Wife, Parents, Net Worth

Although David started acting at a young age, the actor of 5 feet 11 inches (1.81 m) height did not take it seriously until a director at his university asked him to play a role.

He made his first screen debut from the feature film, Drive-By Chronicles: Sidewayz. His other filmography includes Sicario: Day of the Soldado, Standing Up, Falling Down, End of Watch, and Freaks of Nature. Apart from movies, David has also appeared in TV shows like Southland, Switched at Birth, and Jane The Virgin.