By LRU Writer | On: October 10, 2019
David Lim realized his passion for acting...his parents...boasts mixed ethnicity... went down on his knee...was in a relationship for...tied the knot with...as dreamy as one could imagine...as his net worth... 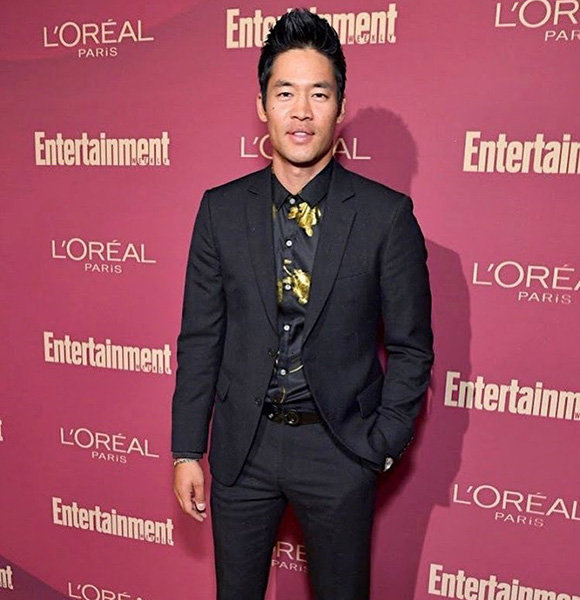 Not everyone is fortunate enough to realize their true passion at an early stage of life. That's what happened for American actor, David Lim.

David realized his passion for acting after completing his degree in electrical engineering from the University of California in 2005. Following his true passion, he stepped into the showbiz, taking small scale modeling and commercial gigs.

Despite starting his career from small gigs, David has now successfully established himself in the realms of the American TV industry.

Although not much is known about David's parents, his father is a former accountant, and his mother serves at an air quality testing company. According to the actor, his parents were initially not thrilled with the decision to change his career path. However, they eventually realized that David was dead set on his goals.

You May Be Interested:- Morgan Hurd Parents, Ethnicity, Boyfriend, Facts

Apart from his parents, the 5th Passenger star also has a younger sister named Christine, who is a California University graduate just like her brother.

As for his ethnicity, the 36-year-old artist boasts mixed Chinese-American ethnicity.

David, who stands at a towering height of 6 feet 1 inch (1.85 m), is, without a doubt, an attractive guy. He has gained a substantial amount of fans over the years. However, to the dismay of his admirers, the handsome actor is already taken. The couple was in a relationship for five years before finally walking down the aisle. Marketa has been the only one for David, for quite some time.

It was on 28 August 2018; David got engaged to Marketa. The proposal was as dreamy as one could imagine. David went down on his knees, with a ring in the cliffs of San Diego, which was the couple's favorite place. Understandably, Marketa affirmed to the gesture, which ultimately led to their wedding a year later.

Following their wedding, the couple went to Hawaii for their honeymoon. Needless to say, the newly married couple is still experiencing the just married spark.

Although David entered into the acting biz a little late, he has made a mark for himself in the industry.

In 2009, David was signed by Ford Models. During his career as a model, David has appeared in commercials for Gillette, Bud Light, McDonald's, Dave and Buster's, and Apple, to name a few. Apart from modeling, David has appeared in numerous TV shows, including Supergirl, Quantico, Agents of S.H.I.E.L.D., Castle, 90210, Criminal Minds, and Hollywood Heights.

Among his many on-screen roles, David gained massive popularity for his role as Victor Tan on the CBS police drama, S.W.A.T.

From his credits, it's pretty apparent that David has accumulated a decent figure as his net worth. Although his actual net worth remains under wraps, he presumably earns more than the average salary of an actor, around $50,529.