By LRU Writer | On: October 10, 2019
Landing an acting gig can be hard. One can go on dozens of auditions and still not get the part. But, Nico Mirallegro...The actor is one secret keeper when it comes to his dating relationship. Despite being in the spotlight for...Nico of age 28 comes from a family of mixed heritage. His mother is Irish... 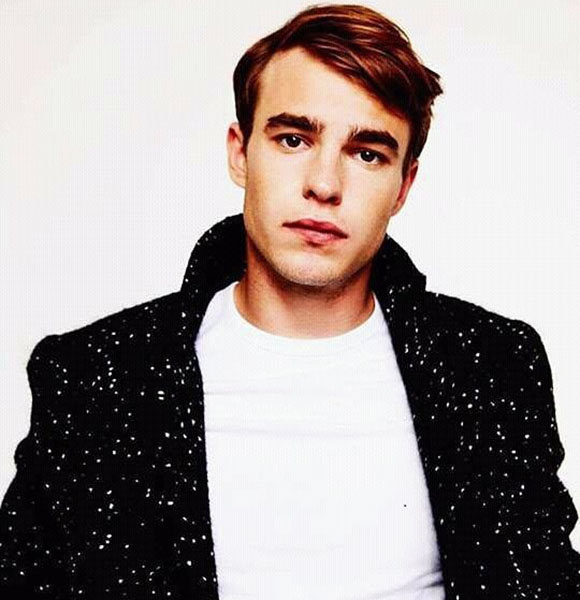 Landing an acting gig can be hard. One can go on dozens of auditions and still not get the part.

But, Nico Mirallegro is an exception in that case. While attending Manchester School of Acting in 2007, he won the role of Newt on TV soap opera, Hollyoaks. And, the very character brought him in the spotlight.

Now, Nico is gearing up for starring in the hit TV show, Our Girl in 2020.

Who Is Nico’s Girlfriend? Dating Status

The actor is one secret keeper when it comes to his dating relationship. Despite being in the public attention for over a decade, Nico hasn’t let single information regarding his love life slip.

There is no information about his ex-girlfriends or girlfriend now. It is Nico’s secret-keeping skills, which have led to zero scoops on his dating status.

Amidst the absence of any girlfriend or female companion in his life, it is natural to question if he is gay. However, he hasn’t revealed anything regarding his gay sexuality.

Despite being tight-lipped about his potential gay/straight relationships in real life, Nico’s reel romances are there for the audience to witness. In 2010, he appeared as Jamie in the BBC TV show, Moving On. There, he portrayed a gay guy being bullied for his sexuality.

Further, in the TV show My Mad Fat Diary, Nico embodied a guy named Finn Nelson. In the series, Finn falls in love with a girl named Earl (played by Sharon Rooney). Nico Mirallegro with Sharon Rooney in a still from the TV show, My Mad Fat Diary (Photo: independent.co.uk)

Until Nico comes clean about his dating life, fans can enjoy his romantic escapades on-screen.

Nico of age 28 comes from a family of mixed heritage. His mother is Irish, while the actor’s father is Sicilian. He also boasts a younger sister named Claudia Marissa. Sadly, Nico's parents separated while he was young.

Growing up with his single mom in England, the actor struggled with financial difficulties. However, he also went to Spain to live with his father for a short period. There, in stark contrast to his life in England, Nico’s father sent him to a rich school. According to the Hollyoaks star, he felt lonely there.

Despite his struggles as a child, the actor of height 5 feet 11 inches (1.78 m) found solace in acting and eventually made a career in the same. Today, he boasts 34 acting credits.

Nico’s filmography includes TV movies, namely The Ark, Virtuoso, and Diana and I. Also, he has been part of TV series, namely Lol, Doctors, Upstairs Downstairs, and The Village.

Although his net worth is a mystery, he earns over $400 per episode - the average salary of a soap actor- in his gigs.

With new projects like Our Girl and Burners to look forward, Nico’s net worth will increase in the coming years.